Ric Grenell Tears Into Serial Leaker Adam Schiff: ‘They knew you would leak’ 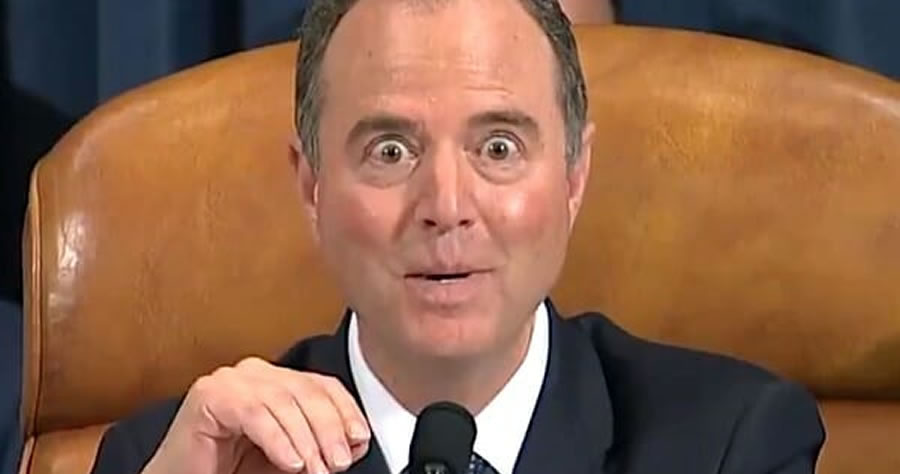 It became common knowledge in Washington, D.C. throughout the four years of former President Donald Trump’s term in office that if there was a leak that on the surface had the potential to damage the Republican agenda and/or Trump’s presidency, then there was a strong likelihood that it came from House Intel Committee Chair Adam Schiff’s office.

Schiff’s tendency to leak like a sieve whenever it suited his purposes was undoubtedly one of Trump’s biggest issues with him and for good reason. Trump would take to the Twitter machine frequently to complain about how Schiff would use his powerful position on the Intel Committee to learn classified or otherwise sensitive info and then either release out of context snippets to the press or fabricate “evidence” out of whole cloth, which the media would then run with in fake “walls are closing in” “is it time for impeachment?” stories like the obedient lapdogs they are.

So it is with that little refresher on “Shifty Adam Schiff” that we turn to his latest frantic call to action in the aftermath of the bombshell news that broke Monday about the SCOTUS leak regarding the draft majority opinion written by Supreme Court Justice Samuel Alito in which he declared “We hold that Roe and Casey must be overruled.”

Because the Democrats have made it clear they’re willing to pull out all the stops, including attempting (again) to nuke the filibuster (which won’t happen), to “codify” Roe v. Wade into law (also won’t happen), as well as possible impeachment of conservative Supreme Court Justices by falsely accusing them of “lying,” Schiff had a wild suggestion of his own (and one that has been thrown around by Democrats over the last couple of years) to add into the mix.

I don’t care how the draft leaked. That’s a sideshow.

What I care about is that a small number of conservative justices, who lied about their plans to the Senate, intend to deprive millions of women of reproductive care.

Codifying Roe isn't enough. We must expand the court.

Career intelligence officials regularly refused to brief you or anyone on your team. They knew you would leak what they said and their careers would suffer.

The DC media may not care about your manipulations but Americans do. https://t.co/AXKAUovjvD

Cliff Sims, whose Twitter bio lists him as “former Deputy Dir. of National Intelligence for Strategy/Comms” and who Grenell has spoken highly of in the past, also called Schiff out:

"I don’t care how the draft leaked."

You never do; it'd require self-criticism.

ODNI would have sensitive NatSec convos with your office & immediately get calls from reporters with the sensitive details + your twisted spin.@GOPLeader is right; you're unfit to serve on HPSCI. https://t.co/KNweujNIIE