Ric Grenell to Newsmax: Ukraine ‘Disaster’ Has Only ‘Terrible and Bad Choices’ 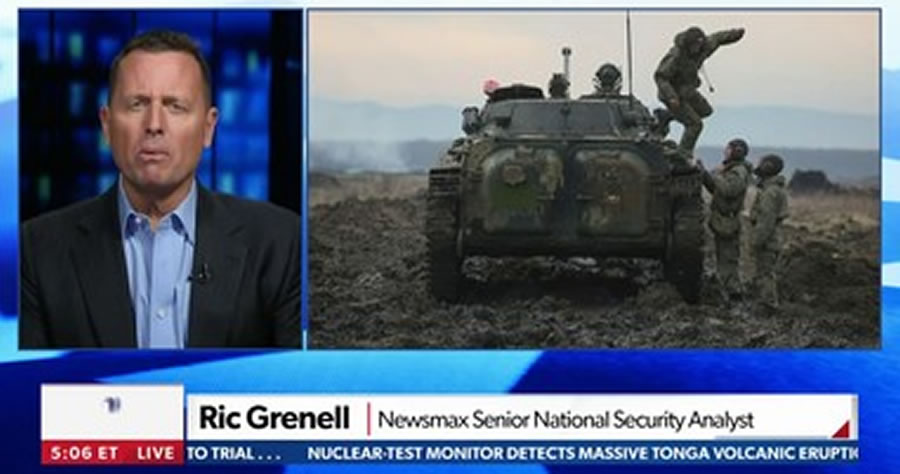 The situation with Ukraine is a “disaster” with only “terrible and bad choices,” says former ambassador to Germany Ric Grenell, and foreign leaders “smell weakness” with President Joe Biden in charge.

“All the work we did, whether it’s the border, whether it’s the Middle East, and now what we’re seeing in Europe is frustrating,” Grenell, who served under former President Donald Trump and is now a senior national security analyst for Newsmax, said on “The Count.”

“We don’t have any good choices. But the reality is that the leaders of Russia and China and a whole bunch of other places smell weakness.”

“We don’t have a handle on the numbers,” said Grenell, adding that the U.S. does not have an ambassador in Ukraine, so lower-level individuals are left to coordinate with Washinton.