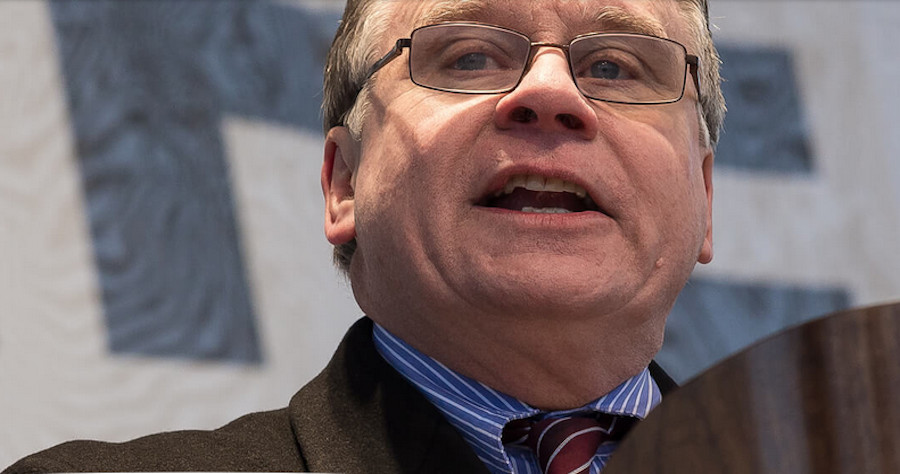 Americans witnessed an unspeakable tragedy last week. In Uvalde, Texas, a small town barely an hour from the U.S.-Mexico border, 19 schoolchildren and two teachers were executed by a madman. While most of us will never fully understand the pain and suffering of the victims, their families, and the people of the town of Uvalde, they deserve our prayers and support in what should be a moment of national unity.

But instead, as if by clockwork, radical anti-gun Democrats and RINO Republicans immediately began exploiting the deaths of these children and the pain felt by their families for cynical political gain. Their goal: to punish you and me for the work of a lunatic by eliminating our Second Amendment and confiscating our guns.

Americans are craving genuine leadership. They won’t get that with weak-kneed Republicans who are looking for openings to compromise with the Democrats on our constitutional rights.

Usually, it’s the typical cast of characters who attempt to strip Americans of our constitutional rights: Democrats like Joe Biden, Nancy Pelosi, and Chuck Schumer. But this time, instead of standing firm against the slimy hands of Washington’s most politically shameless, unprincipled Republicans are also rallying to support a new national gun control regime, with the potential for a renewed federal assault weapons ban, more unconstitutional background checks, and a national red flag law.

Among the worst of these RINOs is U.S. Representative Chris Smith of New Jersey. Smith is so radically anti-Second Amendment that he has co-sponsored legislation with Representatives Adam Schiff (D-Calif.) and Alexandria Ocasio-Cortez (D-N.Y.) to limit gun ownership among law-abiding Americans. Smith’s disdain for the Second Amendment is so pronounced that he’s earned failing grades from the NRA and is endorsed by the major gun-control PACs.

But this shouldn’t be a surprise to anyone familiar with Smith, whose 42-year congressional career is awash in anti-conservative, anti-America First, pro-RINO-Republicanism. Smith has repeatedly voted to restrict our Second Amendment rights, supports amnesty and DACA, voted “yes” for critical race theory, supported a federal vaccine database, and voted with Liz Cheney and Pelosi to certify the 2020 election and advance the partisan January 6 Commission.

For a supposed Republican, that record is a disaster. Following Smith’s infamous vote last year to pass Biden’s Green New Deal non-infrastructure bill, President Trump himself called for a primary challenger to remove Smith from office. “You will have my backing,” he said.

Since then, the hammer has come down hard on Smith, who is fighting for his political life as he faces his first formidable primary challenger in decades in America First Republican Mike Crispi. Smith’s flailing popularity was on display this weekend as he met an icy reception along the Memorial Day parade route in Howell, New Jersey, a key Republican stronghold in the district. Meanwhile, Smith’s approval ratings are in the tank. The Crispi campaign says their new internal polling shows Crispi surging into the lead in the wake of endorsements by Wendy Rogers, Kari Lake, Rudy Giuliani, and Lt. General Michael Flynn.

On his radio show this week, Giuliani described Smith as a “traitor to his party” and an “Ultra-RINO.” But it’s been radio silence from Trump, who has yet to give his “backing” with the primary only one week away and as the tone-deaf Smith pushes his radical gun control bill in the wake of a gruesome national tragedy.

This raises the question: How is it that President Trump, the man who bucked the Washington establishment against all odds to win the hearts and minds of hundreds of millions of Americans and returned our country to a path of greatness and prosperity, is paralyzed in one of the clearest primaries in America?

Look no further than House Minority Leader Kevin McCarthy (R-Calif.). It’s no secret McCarthy is in line to be speaker should Republicans regain control of the House in November’s midterm elections. The minority leader also endorsed Smith for reelection earlier this year and is said to be working hand-in-glove with allies of former New Jersey governor and prospective 2024 Trump challenger Chris Christie to protect Smith from the full power of Trump’s endorsement of any primary opponent.

If true, the president has a serious problem. Republican voters can’t stand RINOs like McCarthy and Smith. If this rumor is true, it could severely damage Trump’s credibility. If President Trump wants to return to the White House, he needs to stop listening to the Washington Swamp creatures working behind his back to sabotage him and get back to business. Otherwise, he could begin losing bits of his core MAGA support, and we all know President Trump hates even the perception of weakness.

Americans are craving genuine leadership. They aren’t getting that with Biden, who is leaning full-bore into his gun-grabbing agenda. They won’t get that with weak-kneed Republicans who are looking for openings to compromise with the Democrats on our constitutional rights.