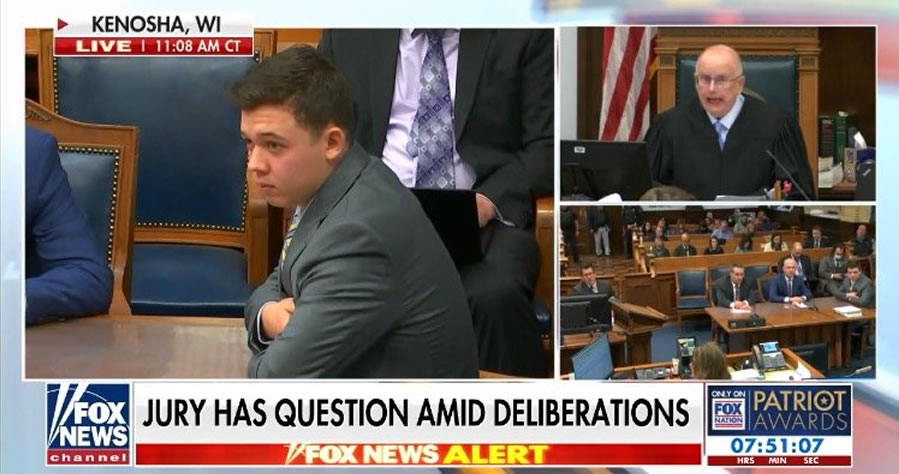 The jury began day two of deliberations on Tuesday as the lawyers argued over video evidence withheld from the court.

Rittenhouse was allowed to reach into a raffle drum and draw numbers of alternative jurors – a task usually carried out by a clerk.

The judge said he has allowed defendants to participate in the process of choosing alternate jurors for more than 20 years.

“It’s just a shame that irresponsible statements are being made,” Schroeder said referring to a piece by the Milwaukee Journal Sentinel.