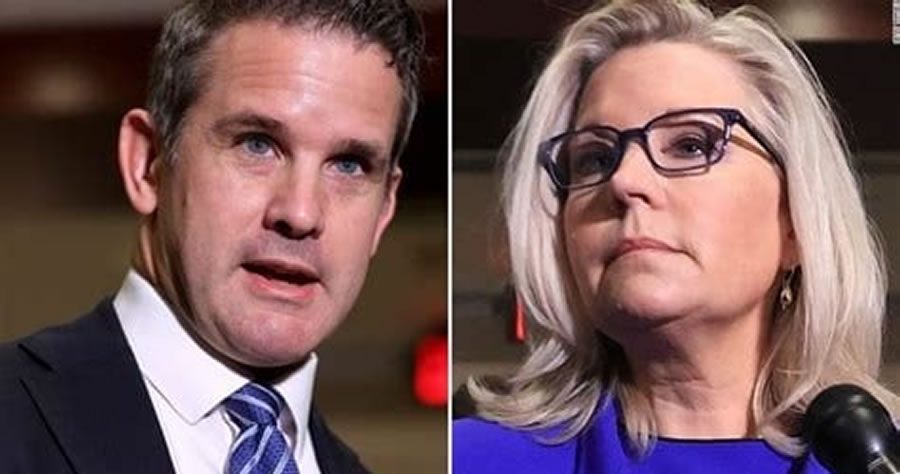 The Republican National Committee issued a rebuke of Reps. Liz Cheney of Wyoming and Adam Kinzinger of Illinois, taking the remarkable step in part because of their participation in the House select committee formed to investigate the Jan. 6 Capitol riot.

The censure resolution was adopted by an overwhelming voice vote, along with four other resolutions in the Friday general session of the RNC’s Winter Meeting in Utah, where the committee’s 168 members gathered. There was no debate on the resolution ahead of adoption, and there were only a handful of “no” votes. It marks the first instance in Republican officials’ memory of the party working against an incumbent Republican.

“This is not about them being anti-Trump,” Dhillon said. “There are plenty of other people in the party who are anti-Trump whose names don’t appear in the resolution. These two took specific action to defy party leadership,” Harmeet Dhillon, national committeeperson from California and one of several dozen sponsors of the resolution.

“Liz Cheney and Adam Kinzinger crossed a line. They chose to join Nancy Pelosi in a Democrat-led persecution of ordinary citizens who engaged in legitimate political discourse that had nothing to do with violence at the Capitol. That’s why Republican National Committee members and myself overwhelmingly support this resolution,” National Republican Committee Chairwoman Ronna McDaniel said in a statement. Republicans have highlighted the committee issuing subpoenas for low-level organizers of the Jan. 6 rallies, forcing them to shell out money for lawyers.

Cheney and Kinzinger responded to the resolution Thursday evening with a resolve to keep pushing forward with their work on the Jan. 6 committee.

The leaders of the Republican Party have made themselves willing hostages to a man who admits he tried to overturn a presidential election and suggests he would pardon Jan. 6 defendants, some of whom have been charged with seditious conspiracy. (1/2)