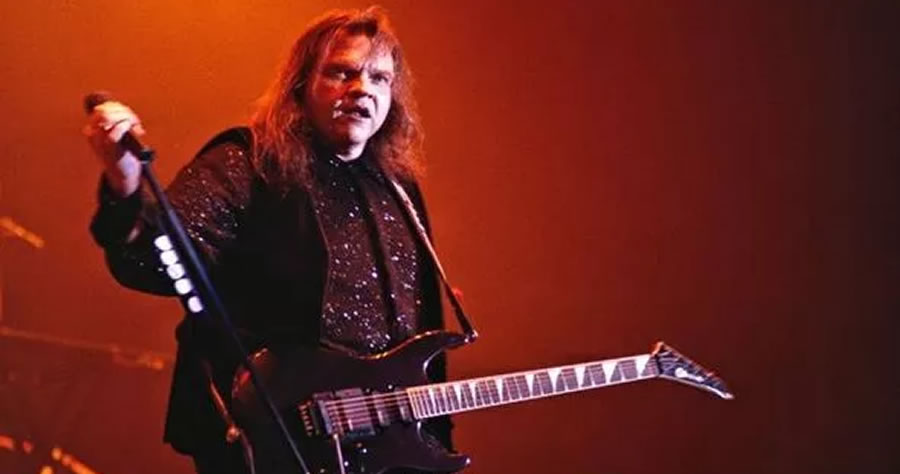 Legendary rock singer Meat Loaf has died, according to an announcement posted on his official Facebook page. He was 74.

“Our hearts are broken to announce that the incomparable Meat Loaf passed away tonight with his wife Deborah by his side,” the post said. “Daughters Pearl and Amanda and close friends have been with him throughout the last 24 hours.”

Born Marvin Lee Aday in Dallas, Texas in 1947, Meat Loaf began acting and singing in school productions. He moved to Los Angeles after his mother’s death in 1965.

In Los Angeles, Meat Loaf spent his time pursuing careers in both acting and music. He had a brief stint recording for Motown, and opened for touring bands including the Who and the Grateful Dead.

In 1971, Meat Loaf was cast in the Los Angeles production of the musical “Hair.” He later joined the original L.A. Roxy cast of “The Rocky Horror Show” in 1973, playing the parts of Eddie and Dr. Everett Scott. After the success of the musical, Meat Loaf was asked to reprise his role as Eddie in the 1975 film adaptation, “The Rocky Horror Picture Show,” which became one of the most beloved cult films of all time. 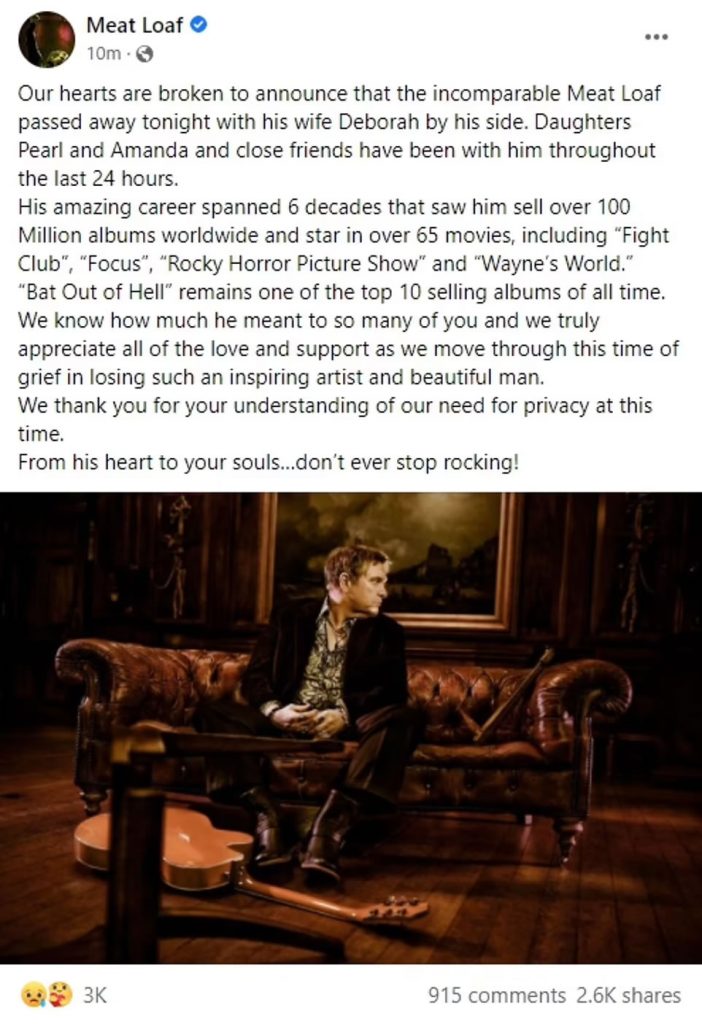 The Grammy-award-winning singer died on Thursday night with his wife Deborah by his side. The rock icon admitted in a recently unearthed interview his most famous song had “almost killed” him. Speaking to the Mirror in 2016, he said: “I worked day and night on Bat out of Hell. I was barely sleeping. It literally almost killed me. I saw a psychologist five days a week for about six months.” 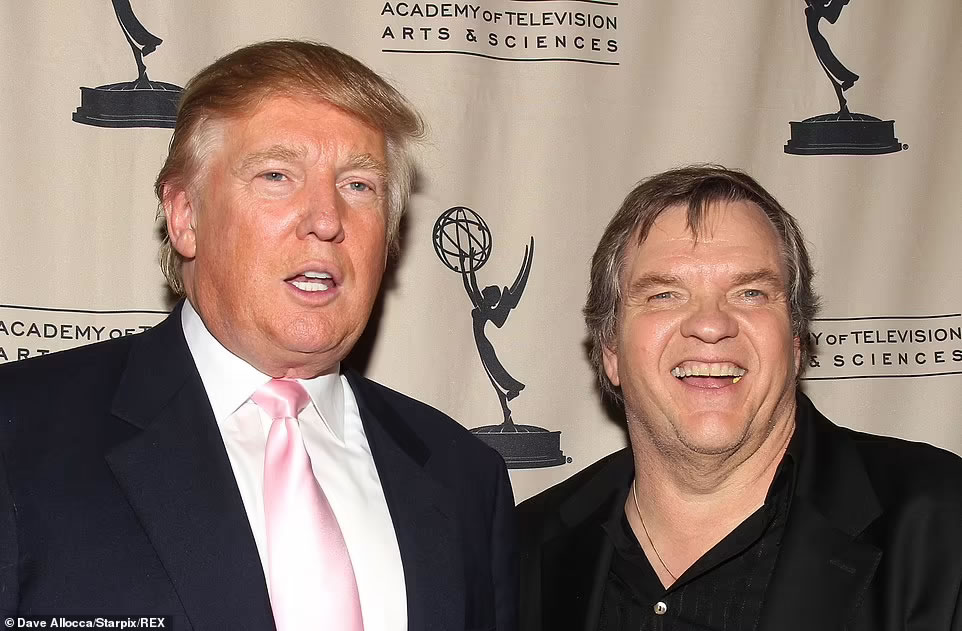