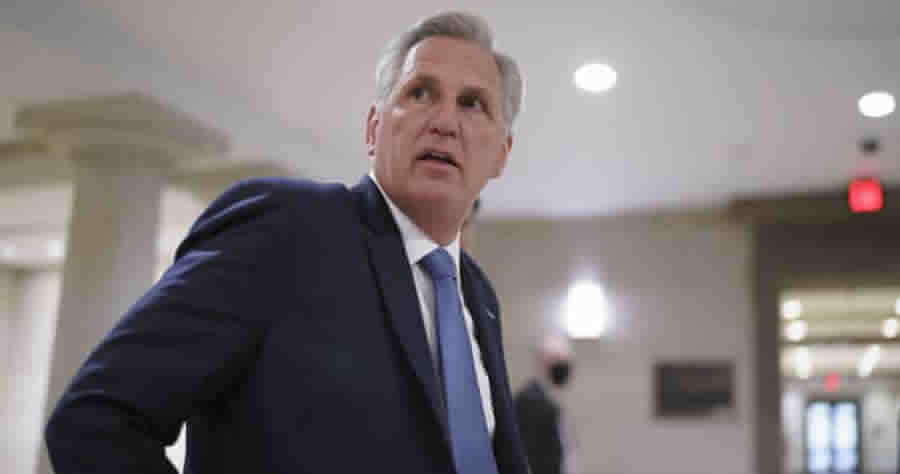 The New York Times on Thursday reported that McCarthy told other GOP lawmakers after the pro-Trump Capitol riot targeting the federal legislative branch of government that he planned to urge the then-president to step down days before the end of his term. McCarthy later released a statement saying the reporting was “totally false and wrong.”

However, on Thursday evening, the Times published audio of him telling lawmakers what the newspaper had reported he said. “I’m seriously thinking of having that conversation with him tonight,” the GOP House leader said in the brief clip from January 10, 2021. He added that he would tell Trump “it would be my recommendation you should resign.”

Stone, who received a pardon from the former president in December 2020, contended in a Saturday morning post to his Telegram channel that McCarthy should resign. He also shared a link to a YouTube video of the leaked audio.

“California RINO Kevin McCarthy is a disgrace to the republican party and he needs to resign,” the Trump ally wrote in the post. RINO is an acronym meaning “Republican in name only.” It is readily used by Republicans against other Republicans they view as not adequately in step with their political party’s ideology.

Kevin McCarthy told Rep. Cheney that he’s going to tell President Trump “it would be my recommendation you should resign.”

Now he says “I never asked the President to resign and I never thought that he should resign. pic.twitter.com/NutcI7nLzW