Drone Footage of the Catastrophic Devastation in Mayfield, Kentucky [VIDEO] 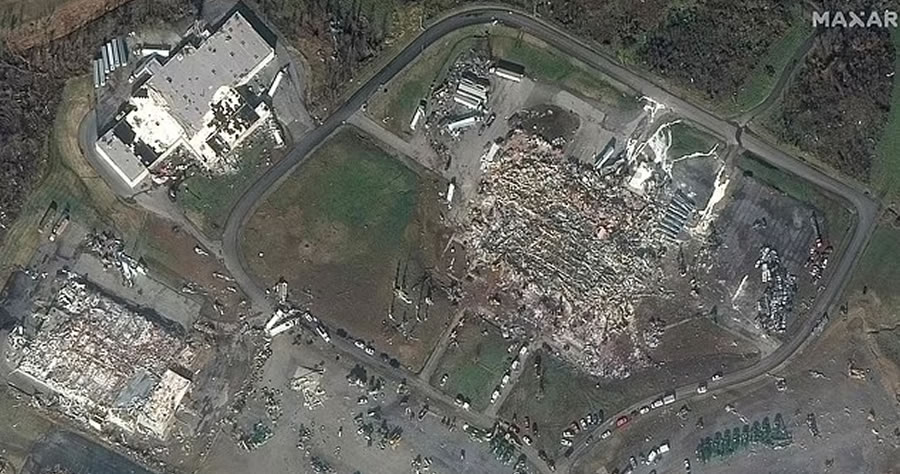 Shocking images show the devastation left behind after nearly 20 tornadoes swept through five states in the Mississippi Valley Friday.

The epicenter of the destruction was the town of Mayfield, a town of about 10,000 people in the far western part of Kentucky, where the Bluegrass State borders Illinois, Missouri and Arkansas.

Kentucky Governor Andy Beshear said at a briefing midday on Saturday the death toll was now ‘north of 70’ and that ‘it may in fact end up exceeding 100 before the day is done.’

‘This will be, I believe, the deadliest tornado system to ever run through Kentucky,’ he added. ‘It is indescribable. The level of devastation is unlike anything I have ever seen.’

Mayfield, KY at daybreak – drone.
The town has basically been flattened, no words.