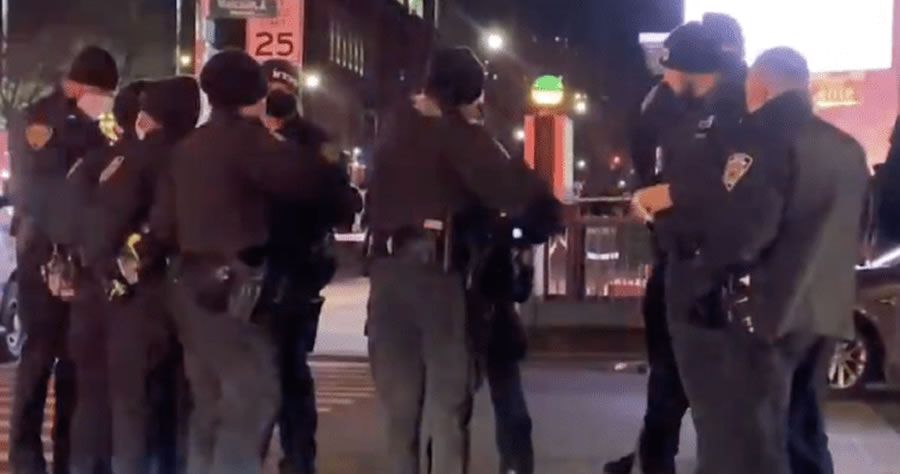 A rookie New York City police officer was gunned down Friday night and his partner was clinging to life after responding to a domestic violence call in Harlem. Officer Jason Rivera, 22, was killed in the attack and Officer Wilbert Mora is in critical condition according to multiple media sources.
The gunman, Lashawn J. McNeil, 47 – who was out on probation at the time – was shot and killed by a third officer, after the he tried to flee the house, having shot the other two.
Eric Adams, the mayor of New York – an ex NYPD officer, who only took office three weeks ago – angrily declared at the Harlem hospital that the violence must stop.

Rivera and Moral were the fourth and fifth officers shot so far this year. In 2021, a total of 10 police officers were shot in the entire state of New York.

Patrick Lynch, the president of the Police Benevolent Association, the largest municipal police union in the world representing 50,000 active and retired officers, excoriated the city’s leaders for not doing enough.

NYC Mayor Eric Adams speaks out from Harlem Hospital on deadly shooting of NYPD Officer, 2nd officer fighting for his life:“It’s our city against the killers. This was not just an attack on 3 brave officers. This was an attack on the city of New York.”@ABC7NY @NYCPBA @NYCMayor pic.twitter.com/XB70LS4lAF