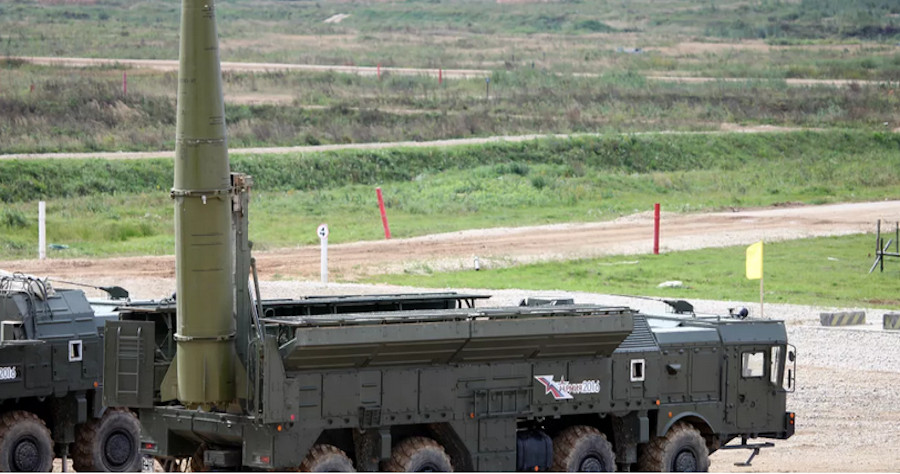 In comments reported by Russia’s state-run TASS news agency, Medvedev said Russia would respond to Sweden and Finland joining NATO by ending its policy against placing nuclear weapons in the Baltic region.

“Very soon, that is precisely, by this summer, the world will become even ‘safer’,” said Medvedev, who remains a close ally of Russian President Vladimir Putin and who now serves as the deputy chairman of Russia’s Security Council.

“If Sweden and Finland join NATO, the length of the alliance’s land border with Russia will more than double. Naturally, it will be necessary to strengthen these borders,” Medvedev added. “If this is the case, there can be no more talk of any nuclear-free status for the Baltic – the balance must be restored.”

Medvedev accused the U.S. of “broadcasting its welcome sign” for countries to join NATO. “And what does this mean? This means that Russia will have more official adversaries.”

Russia had raised opposition to Ukraine joining NATO in the months before Putin ordered troops to invade the country. Medvedev said the risk of Finland and Sweden joining NATO is lowered because “we do not have territorial disputes with these countries like with Ukraine.” Still, Medvedev said the people in Finland and Sweden would not like the consequences of joining the western alliance.

“Nobody in their right mind wants higher prices and taxes, mounting tension along the borders, [nuclear-capable Iskander ballistic missiles], hypersonic weapons or ships with nukes a stone’s throw from their house,” Medvedev said. “Let’s hope that the common sense of our neighbors eventually prevails. Yet if not, then, as they say, ‘they started it.’”

Several other Russian officials have made similar threatening comments to Sweden and Finland in the weeks since the invasion of Ukraine began.

The day after the Russian military followed Putin’s orders to invade Ukraine, Russian Foreign Ministry spokesperson Maria Zakharova said the “accession of Finland and Sweden into NATO, which is first and foremost a military alliance, would have serious military-political repercussions that would demand a response from our country.”

Last month Sergei Belyaev — the director of the Second European Department of Russia’s foreign ministry — told Russia’s state-owned Interfax news agency that both Finland and Sweden would face military and political consequences if they joined NATO. Belyaev said Finland and Sweden’s avoiding joining NATO is “an important factor in ensuring security and stability in northern Europe.”

Last week, Russian lawmaker Vladimir Dzhabarov said Finland would be signing off on “the destruction of their country” by joining NATO.