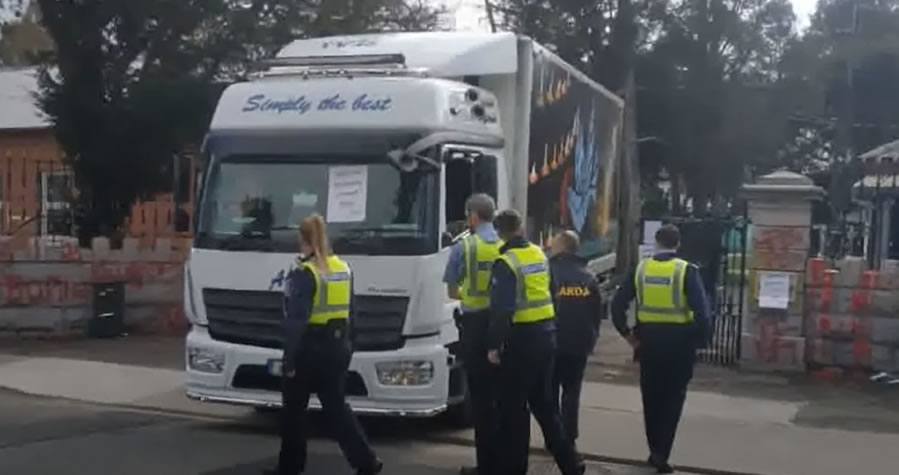 An Irish man rammed his truck through the gates of the Russian embassy in Dublin, Ireland on Monday in protest of Moscow’s invasion of Ukraine — earning cheers from onlookers.

The Russian embassy faced mockery and ridicule on social media after it released a statement of outage against a “violation” of its territory.

The embassy released a statement from its official social media account Monday decrying an incident where a man drove a truck into the embassy gates.

“The incident is cause of extreme concern. We believe that no people of sound mind could support such senseless and barbaric actions,” the statement concluded.

#Statement by the Embassy on the violation of its territory pic.twitter.com/AMCGKTzRsL

Many took to social media to excoriate the embassy for its outrage over such a small matter when Russia was accused of purposely shelling innocent civilians in Ukraine.

“It’s not nice to have your home invaded and vandalised for no reason, is it?” replied photographer Nicolas Chinardet.

“My Irish sources have informed me that the Russian Embassy gates attacked the lorry and it was forced to take special operations to save itself,” joked another critic.

“You’re gonna s*** when you see what your armed forces are up to in Ukraine,” replied another detractor.

“After invading Ukraine and murduring innocent men, women, children and animals, the Russian embassy did in fact believe they could support senseless and barbaric actions,” responded another user.

“I understand diplomacy, but expecting Irish to put up with Russians on their soil while Russians invade a country? Laughable,” read another tweet.