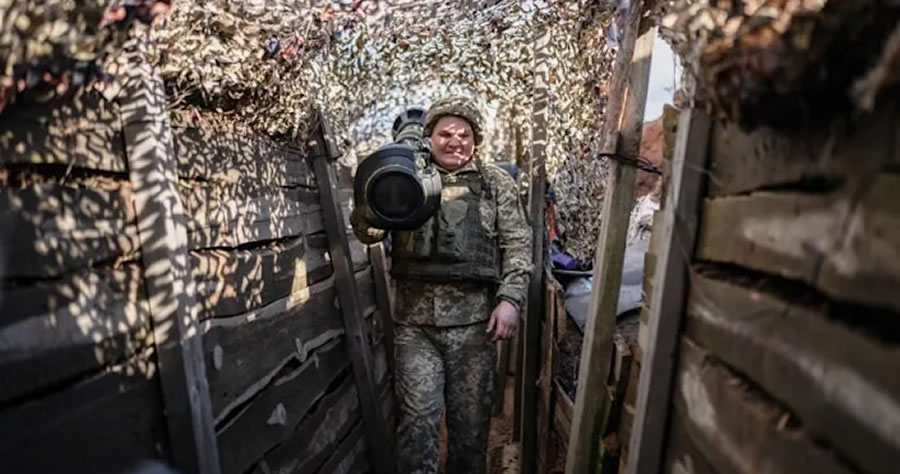 His comment came a day after Russian President Vladimir Putin raised the specter of war by recognizing two separatist-held enclaves in Ukraine as independent breakaway republics and ordering troops into the area — his most dangerous provocation yet with Washington over the fate of a nation that could redraw the map of Eastern Europe and upset the decades-long security architecture on the continent.

The move to send soldiers to carry out “peacekeeping functions” has further inflamed animosities with European capitals. It comes amid escalating concern over whether Putin will order a full-on invasion in Ukraine — a scenario that could ignite fighting reminiscent of World War II — or stop at the borders of the separatist enclaves, which make up roughly a third of the eastern Ukrainian region known as the Donbas.

Putin’s actions Monday drew swift rebuke and condemnation from the international community. President Biden and the European Union announced economic sanctions aimed at cutting trade and business with the enclaves. The U.N. Security Council met in an emergency session Monday night. It appeared by day’s end, though, that diplomacy was failing and the region was veering inexorably toward a conflict that could lead to mass casualties and tens of thousands of refugees.