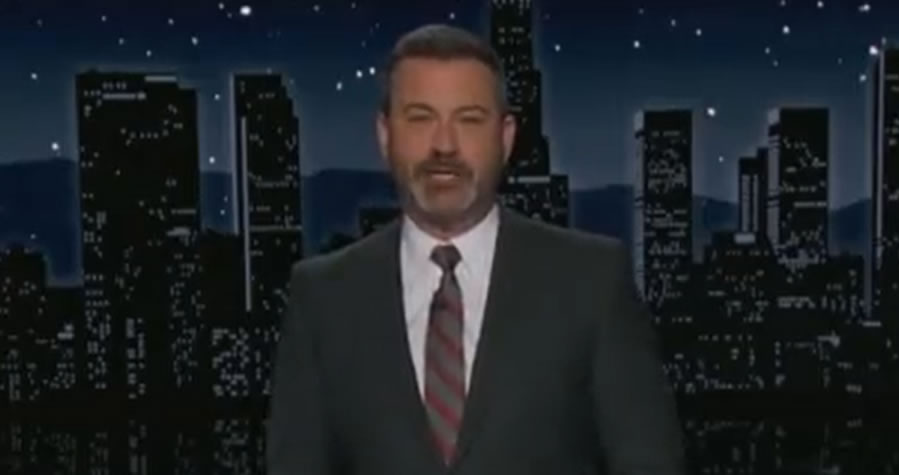 Former Alaska Gov. Sarah Palin (R) has responded to ABC’s Jimmy Kimmel after the late-night comedian criticized her for dining outdoors in New York City after she tested positive for COVID-19.

In an exclusive statement to Breitbart News, the former vice presidential candidate called Kimmel a “Karen” and urged Americans to stand up for their freedoms.

“I encourage fellow commonsense freedom-loving Americans to not cave to an unhinged mob of branch covidians,” she said. “I’m sorry that Jimmy ‘Karen’ Kimmel was triggered by my dining outside in 22 degree weather in New York City. Next time I’ll remember to wear a giant scarlet letter on my chest, so as not to traumatize him.”

On Thursday’s episode of his ABC show, Kimmel called Palin “Typhoid Mary” after she was spotted dining the night before at an outdoor table at Elio’s in New York. She had reportedly dined indoors at the same restaurant days earlier before receiving the COVD-19 result.

“But now, after testing positive, she went back to the same restaurant with COVID and a guy who’s coughing,” Kimmel said. “There’s Typhoid Mary having some linguine or something.”

“You know [in] New York, you’re supposed to isolate for five days after a positive test, but darn it that’s not how Alaska’s top hockey mom does it,” Kimmel added. “She plays by her own rules.”

ABC’s Jimmy Kimmel: “Sarah Palin, you remember her? She has COVID for the second time now. The unmasked singer is in New York…appearing in court for–she has defamation suit against The New York Times. But 12 years ago she couldn’t name a newspaper. Now she’s suing one.” pic.twitter.com/wQglXiTOkY

The city’s vaccination rules for restaurants apply only to indoor dining, not to outdoor portions of restaurants. Since Palin, who is unvaccinated, was dining outdoors, neither she nor the restaurant was in violation of the city’s “Key to NYC” regulations.  The temperature in New York on the evening Palin dined out was reportedly 22 degrees.