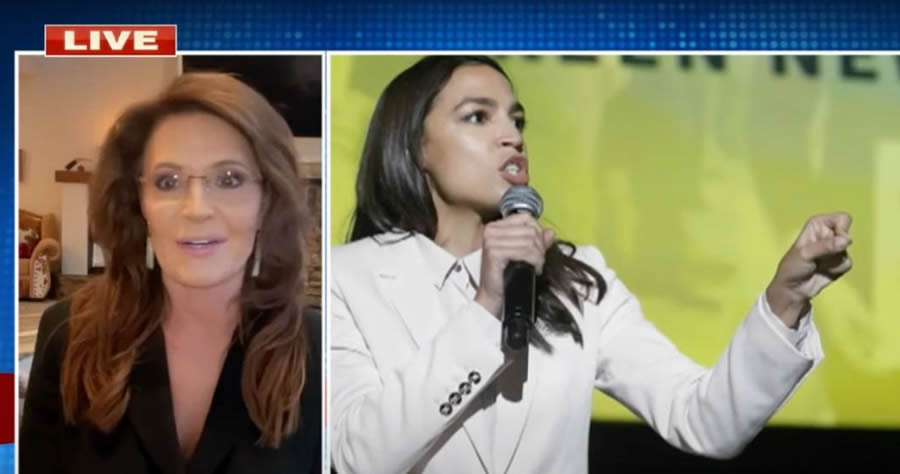 Palin appeared on Fox News Primetime with host Rachel Campos-Duffy, who asked about Ocasio-Cortez and Harris’ responses to media criticism. Palin labeled both Ocasio-Cortez and Harris as “fake feminists,” and said the two Democratic figureheads’ repeated claims that they are criticized because of their gender is hurting the “women’s movement.”

“These fake feminists who bring the women’s movement back so far by channeling everything right on back to, ‘Oh, it’s our gender. Doggone it, people don’t like us because we’re female,’” Palin said.

“Perhaps, again, their foundation isn’t what is commonplace in the American populace where, no, gender really doesn’t matter — it’s the character of who you are, it’s your work ethic. I’m really thankful that I was brought up in a place where gender truly has not mattered, and I certainly don’t blame, you know, criticisms on me being female. Can you imagine if I would’ve have done that all these years now what they’d be saying?” Palin continued.