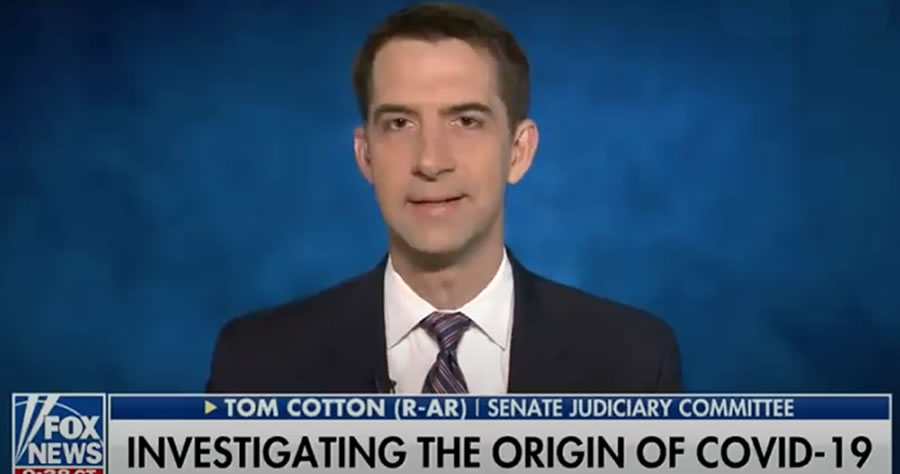 Senator Tom Cotton accused Anthony Fauci of ‘playing word games’ regarding his involvement with the Wuhan Institute of Virology and attempting to cover his tracks where the origins of COVID are concerned.

Appearing on Fox News Sunday, Cotton said that Fauci could be involved in a “genuine scandal”.

“It is imperative that the NIH come clean and tell us exactly what happened,” Cotton said, adding “Well, I think that a lot of these so-called experts and scientific bureaucrats are trying to cover their tracks.”

Speaking of the ‘gain of function’ research at the Wuhan lab, which was in part funded by the NIH, Cotton said “This could be public health bureaucrats violating explicit direction from the Obama White House to continue research that is highly, highly dangerous and particularly susceptible to escape from a laboratory. Especially a laboratory in China.”

On the notion of the virus having escaped from the lab, Cotton noted that “Dr. Fauci has been to Congress, and he said this absolutely did not happen. But Dr. Fauci is playing word games.”

“The money that the NIH gave went to an American organization, which turned around and gave hundreds of thousands of dollars to these Wuhan labs to investigate coronaviruses and, yes, to find ways to make them more contagious and more dangerous,” Cotton explained.

Q: "Are you still confident the [COVID-19] virus developed naturally?”

Dr. Fauci: “No, I'm not convinced.”pic.twitter.com/WKciGUrJ9h