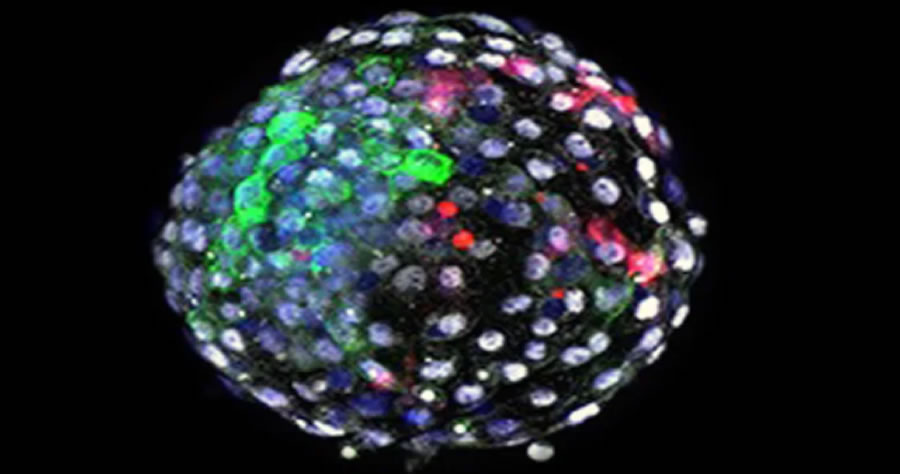 In a ground-breaking experiment, researchers have successfully created the first human-monkey chimera. The work, published in the journal Cell, describes the the first embryo containing both human and monkey cells that was cultured for 20 days. Led by Juan Carlos Izpisua Belmonte, the study represents the culmination of decades of work in understanding early embryo development in non-human species, which Belmonte hopes will now apply to humans. But it is bound to raise serious ethical questions about the implications of combining human cells with those from a different species (even if it is a closely related one), and the report was accompanied by commentary from ethicists on how the work should be interpreted and what the careful next steps should be in pursuing this line of study.

Belmonte, a professor in the gene expression laboratory at the Salk Institute for Biological Studies and well-respected for his work in embryo development, is very clear about why he pursued the experiment, and where he hopes it will lead. Creating cross-species mutants to capitalize on specific physical features or characteristics, X-Men style, was most definitely not the goal. In interviews with TIME on the experiment as it progressed since 2019, he carefully laid out the biological mysteries he hoped to solve, and the gaps in knowledge about early development he wanted to fill.

The earliest steps that human embryos take, he says, are the “biggest mystery of human development. While we know a lot about development after we are born, and even a little about what happens during pregnancy, we really don’t know anything about human development in the first two or three weeks after fertilization. All we know about early embryogenesis comes from different lab models—from rodents, mice and worms—but we really don’t know anything about us.”