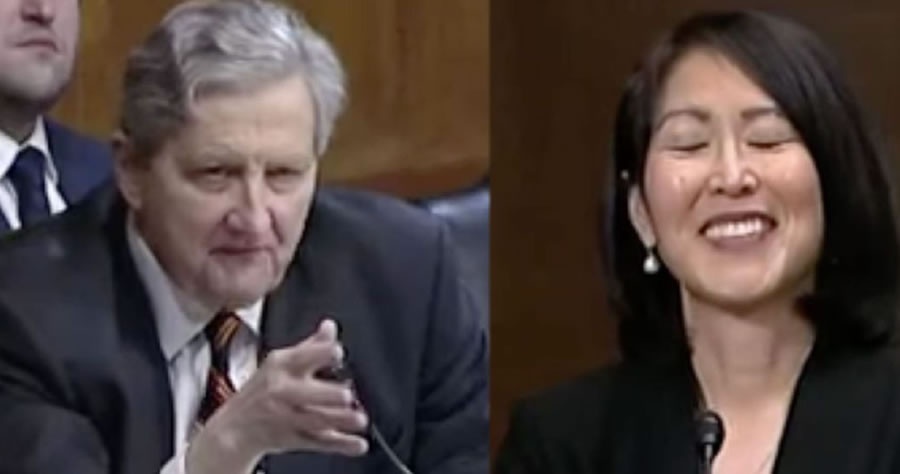 Following Kato’s response, Kennedy then posed a scenario involving the necessity of a warrant for arrests.

“Suppose California said … ‘we’re not gonna file the exceptions here in California. If you want to arrest someone you better have a warrant.’  Can California do that?”

Kato seemed to avoid the question, to which Kennedy responded, “Come on, Judge, don’t dodge my question. This is really basic constitutional law.”

Kennedy repeated his questioning until realizing his time was finished.

Afterward, Democratic Sen. Dick Durbin of Illinois and Chair of the Senate Judiciary Committee replied, “I want to congratulate the panel on facing the Kennedy Bar Exam, which, occasionally, is administered in this room.”