‘What is being revealed…is corruption at the highest levels of the Clinton campaign’: Crooked Hillary Under Fire 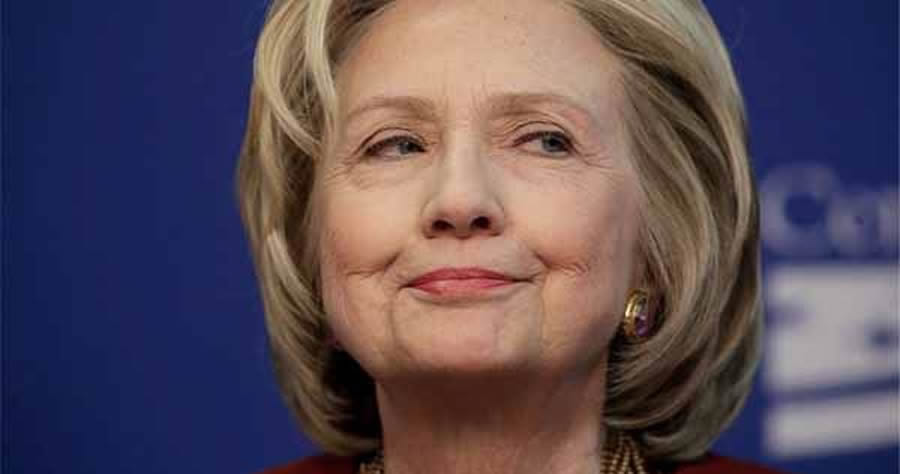 The walls appear to be closing in on crooked Hillary. And Sen. Ron Johnson (R-WI) warned her that her “corruption at the highest levels” is “being revealed to the American public,” to told John Catsimatidis in a WABC Radio interview.

Johnson’s warning came after testimony from Clinton’s campaign manager, Robby Mook, which can only be classified as a “bombshell.”

“We’ve known for quite some time that the Hillary Clinton campaign paid for the Steele dossier,” Johnson told the host. “But now we are finding out that the whole Alfa Bank hoax was all made up.

“They used individuals who had contracts with our Defense Department to mine this data and develop some kind of inference that Trump was colluding with Russia so that they could report that to the FBI which could then report that to the American public as an October surprise.”

Johnson railed against the Clinton campaign as well as the FBI for manufacturing the Russia collusion hoax, which even the FBI thought was “preposterous—it’s BS.”

“And yet they set up the Mueller probe,” Johnson said.

Johnson said the whole sordid mess shows the American people that there is “corruption at the highest levels of A: the Hillary Clinton campaign, and B: the FBI and the Department of Justice.”

“The US government’s law enforcement agencies knew the Clinton campaign was up to this, and yet they put America through this four-year political turmoil, which is all based on a lie developed by Hillary Clinton.

“Hillary Clinton on the issue of Alfa Bank said, ‘I just heard about this on the news.’ No!”

Johnson then slammed the Clinton campaign, accusing it of planting the story in the news.

“Their campaign planted it in the news, and, of course, those news outlets that had the story.

“They knew what Hillary Clinton was saying was a lie. And yet they continued with this story, this hoax Why? Because they are not journalists.”

Johnson accused the media of being “advocates for the radical left” who were going out of their way to prevent Trump from getting elected, all with a complicit media.

“They have given us this disaster (Biden) with the Democratic Party. They need to be held accountable.”

He then accused the media of going out of their way to “cover up for Biden, for Clinton, and for themselves,” calling them the “radical left information cartel.”

Johnson said that since the media “cannot afford to be proven wrong…they will continue to cover up for themselves.”

“This is one of the greatest political scandals in history,” Trump said. “For three years I had to fight her off, and fight those crooked people off, and you’ll never get your reputation fully back. Where do I get my reputation back?”

During his testimony, Mook implicated a number of people as being highly involved in the plot, including former Clinton adviser and current Biden national security adviser Jake Sullivan and Clinton crony John Podesta.

When asked about when learned bout the Trump-Russia collusion allegations, Mook held discussions with Clinton campaign insiders about whether they should “affirmatively push it in the media,” to which Mook answered in the affirmative.

He was than asked if he had discussions with both Sullivan and Podesta, to which he replied he had as he was able to recall.

The questioning then turned to Hillary Clinton’s involvement in the scheme.

Q: Mr. Mook, before the break you had testified that there was a conversation in which you told Ms. Clinton about the proposed plan to provide the Alfa-Bank allegations to the media; is that correct?

Q: And what was her response?

A: All I remember is that she agreed with the decision.

Here are the transcript excerpts from Robby Mook admitting the Alfa Bank allegations – and the idea to spread them to the media – made it all the way up to Hillary Clinton. https://t.co/7dd7FLGDak