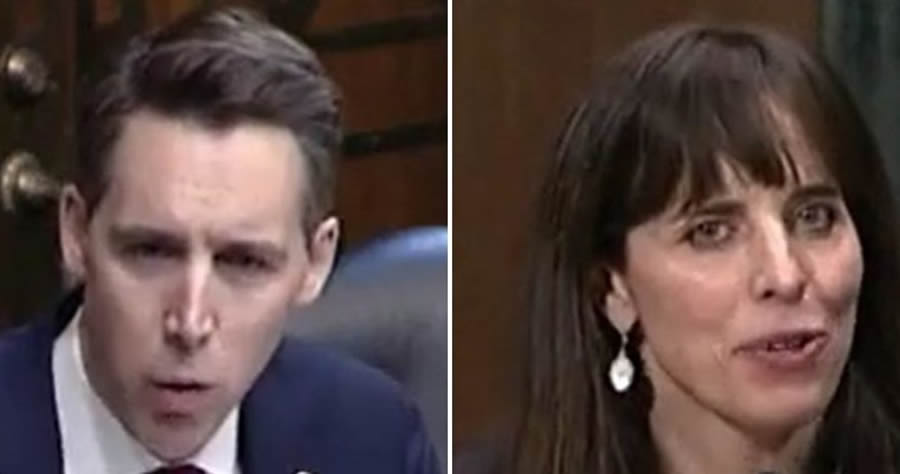 Hawley led by grilling Morrison on the skyrocketing crime rates across the country, noting that St. Louis, Missouri, saw the “highest murder rate in 50 years” in 2020. Hawley pointed out that in a December 2019 article co-written by Morrison about wrongful convictions and “tough-on-crime practices,” she praised St. Louis Circuit Attorney Kim Gardner and asked if the nominee remembered doing so.

Morrison responded by stating that her praise of Gardner in the piece was related to Gardner’s uncovering of new evidence in a murder case involving a man named Lamar Johnson. Morrison said that Gardner had “gone to court to overturn that conviction.”

Hawley went on to point out other aspects of Gardner’s record, including her response to the riots in St. Louis in 2020, where police were shot at, businesses were damaged and retired police captain David Dorn was killed. Hawley said that 36 rioters that were arrested were sent to Gardner’s office, and they were all released.

Hawley continued, stating that people who “can’t afford private security” and “aren’t connected or wealthy” are the ones who suffer “because prosecutors won’t do their jobs.” Hawley argued that Morrison praised these prosecutors.

“And unfortunately, for that reason alone, I cannot support your nomination,” Hawley said. “And I will not support the nominations of judges or any other individuals sent to us by this administration who are soft on crime and soft on criminals.”

“Frankly, it is a pattern with this administration, and it is one that has got to end,” Hawley continued. “And for those reasons I will oppose you and anyone else that the president sends up to us that does not understand the necessity of the rule of law.”