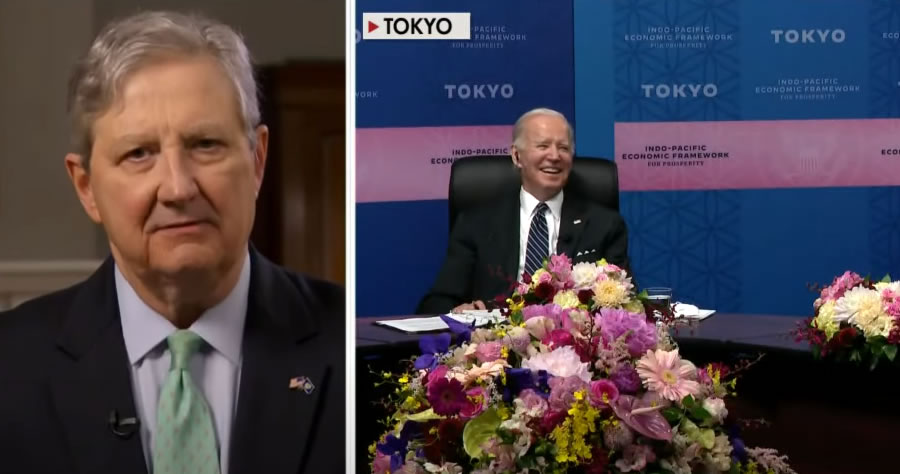 Sen. John Kennedy castigated Biden for his economic and energy failures telling “Hannity” the president has lost the trust of the American people.

SEN. JOHN KENNEDY: On inflation here is what the American people see. President Biden gave Americans three $600 stimulus checks. And then, for his next trick, he crashed their 401(k)s and increased their gasoline bills by $800, their food bills by $3,000, and their rent by $2,000 a month. Now, unless you have untreated mental illness, you know that is not a good trade. And that’s why most Americans, at least on the economy, would — right now — would not trust the Biden Administration to properly open a PayPal. Its economic illiteracy is astounding.

President Biden says that he has no control over gasoline prices and oil prices. You can’t have regulatory control over the drilling, transport, storage, refining, trading, and taxation of oil, as the president does, and accurately make that statement. The American people just don’t believe him, because it’s just not true.