Sen. Rick Scott: Biden Is Doing Everything He Can to Make Gas Prices Go Up 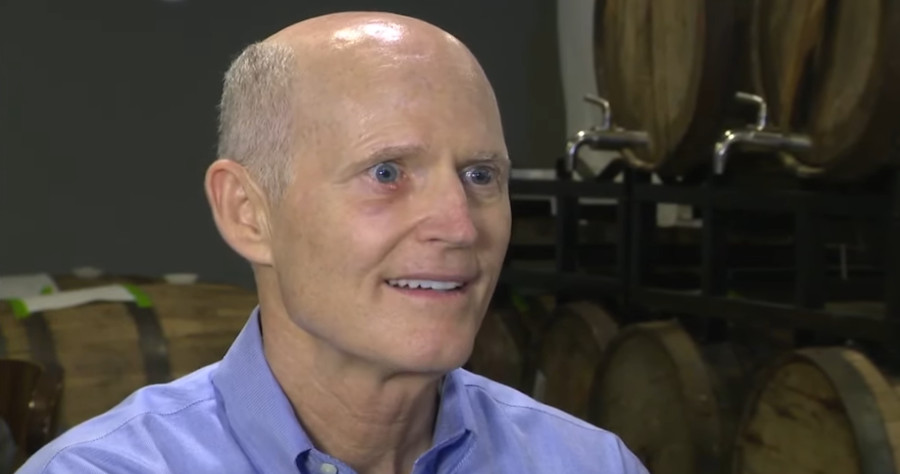 Sen. Rick Scott (R-Fla.) said Tuesday that President Joe Biden is doing everything he can to cause gas prices to go up.

“He’s in left field. He’s got plenty of money, so gas prices probably don’t impact him much and he does not have to pay to fill up a car. Everybody else in this country is being impacted by this. I grew up in a poor family. I watched my mom struggle to put gas in the car and food on the table. That’s going on all across this country,” he told Fox News’s “America Reports.”

Scott said that there was a report out today by a Wall Street firm that said gas will likely go up to $6 a gallon.

“What’s going to get it to go down? They are not making it — the Biden administration is not making it easier to drill, and we are the safest drillers in the world. They are not opening up this at all. You know, they’ll have a sound bite and say they are, but they are not,” the congressman said.

“This country, we’ve got rich resources of natural gas and oil and gas. We’ve got to use them, use them safely, so we’ve got to get an administration that cares about this. I mean, I don’t see how it’s going to get any better, and when it doesn’t, inflation will continue to go up,” he said.

“They control the House and the Senate and the White House, they are all in. Everything we proposed to try to open up drilling, make sure we do it safely, anything, they block. The Democrats blocked all of this. They are with President Biden. They are looking for this incredible transition to higher and higher prices and poorer and poorer American families,” he said.

Scott said that there has been “an unbelievable turnout on the Republican side” in Tuesday’s elections.

“First off, we are seeing an unbelievable turnout on the Republican side. We’ve had more than twice the number of Republicans than Democrats in Ohio,” the senator said.

“I think for the first time since 1998, more Republicans voted in the primary than Democrats in Pennsylvania, 164,000 more Republicans than Democrats in North Carolina, so people are coming out, and I think they’re talking—they’re coming out about what you’re talking about – these ridiculous, unbelievable gas prices and the president to say it’s an incredible transition, no, it’s incredibly bad for every American family,” Scott said.