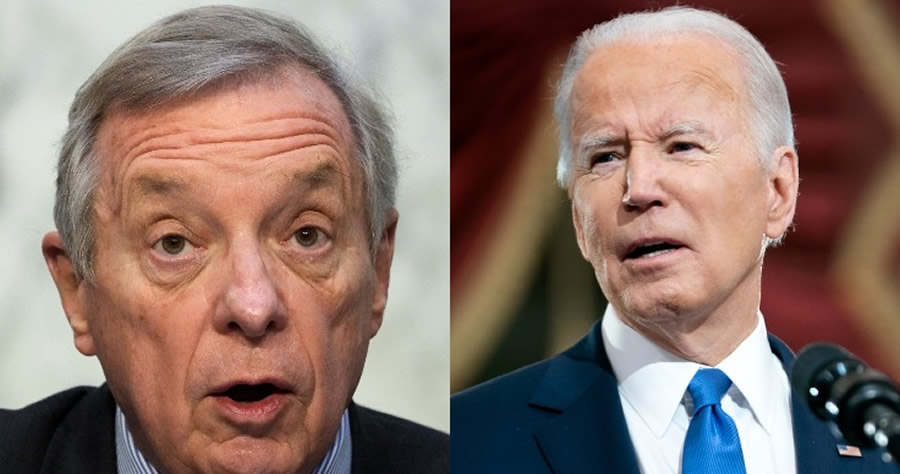 Sen. Dick Durbin (D., Ill.) on Wednesday said President Joe Biden went “a little too far” during his speech in Georgia, in which he likened Republicans who oppose “voting rights” legislation to Southern segregationist Democrats.

“Perhaps the president went a little too far in his rhetoric,” Durbin told CNN’s Jake Tapper, calling comparisons the president made “stark.” During his speech, Biden called for Congress to pass the Freedom to Vote Act and the John Lewis Voting Rights Advancement Act and to abolish the Senate filibuster. He said those who oppose Democrats’ voting legislation, including congressional Republicans, were “on the side of” segregationist politicians like George Wallace and Bull Connor.

Durbin said there were “parallels” between Republicans’ opposition and the segregationists, arguing current Republican legislation is trying to make it harder for Americans to vote.