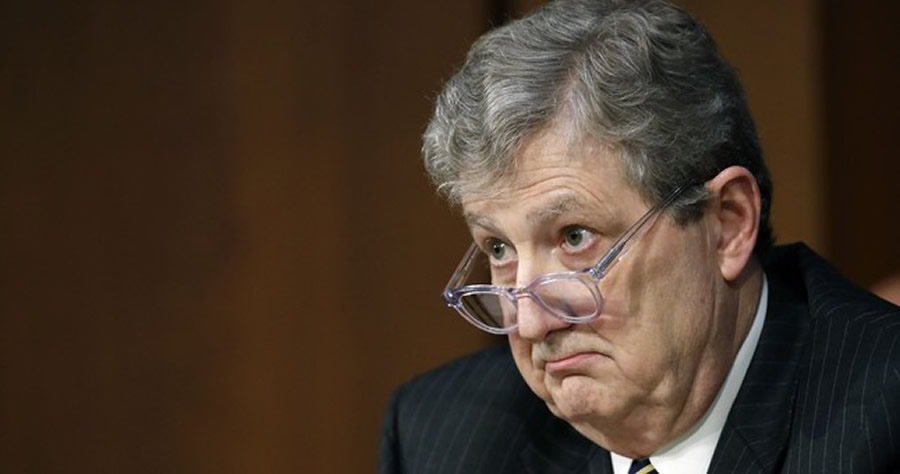 As only he can, Senator John Kennedy (R-LA) reacted to President Biden’s decision to halt the planned transfer of jets to Ukraine and the flaws in the White House’s energy policy that have seen America become independent on foreign suppliers and unable to help western allies in Europe.

“I think that sometimes, not always, but sometimes — particularly in this instance — President Biden has a wishbone where his backbone ought to be,” Kennedy said. “Poland offered to send the planes, which Ukraine desperately needs, to an American and NATO Air Force base in Germany where they would be transferred to Ukraine,” he explained.

“President Biden said ‘no, that makes me nervous.’ Well, there are other ways we can do it,” Kennedy reminded viewers. “We can have the Ukrainian pilots go directly to Poland and pick up the planes and fly them back. Poland can truck the planes to the Ukrainian-Polish border and have the Ukrainians drag them across. There are a number of ways we can do it, but it just seems to me that president Biden is saying I don’t want President Zelensky to have the air cover that he needs,” Kennedy reiterated. “And I think that that is a grave mistake — I know it makes the president nervous, but the Ukrainian people are dying.”

Senator Kennedy: "The President needs to stand up to the wokers in his own party and say 'look, I know this is going to make you hyperventilate on your yoga mats…but we're gonna start producing oil and gas.'" pic.twitter.com/6tAWLMdIkM

Kennedy then explained that Ukraine and its western allies are “not going to win this war militarily or economically until we cut off president Putin’s money,” as “he gets half of his money from oil and gas.” Even though the Biden administration implemented sanctions on Russia’s elites and banned the import of Russian oil, “some countries buy oil and gas from [Putin] because they have to, and there’s no where else — they think — for them to get oil and gas,” Kennedy said. “Yes there is — it’s called the United States of America.”