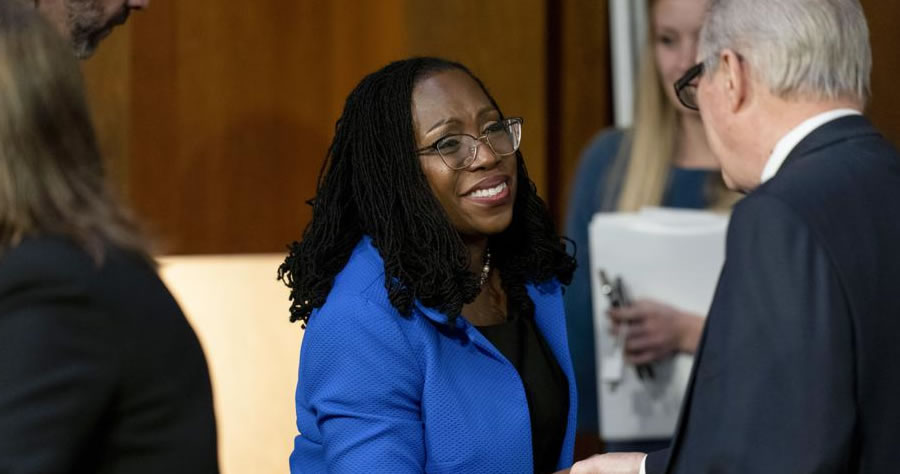 Murkowski cited Jackson’s “demeanor and temperament” as reasons why she would vote to confirm her. “After multiple in-depth conversations with Judge Jackson and deliberative review of her record and recent hearings, I will support her historic nomination to be an Associate Justice on the U.S. Supreme Court,” Murkowski said.

Murkowski voted against Justice Brett Kavanaugh’s confirmation to the Supreme Court in 2018.

Full Lisa Murkowski statement on why she'll vote for Ketanji Brown Jackson. She's now the second Republican to back her for SCOTUS, joining Susan Collins. pic.twitter.com/1e2qQGn62Z

I intend to vote in support of Judge Ketanji Brown Jackson’s confirmation to be an associate justice of the U.S. Supreme Court. My statement: pic.twitter.com/uGaxx8sJn5

Romney opposed KBJ's nomination to a lower federal court less than a year ago, which means he didn't decide to support her for SCOTUS until *after* he learned of her horrifying history of going easy on child molesters and pedophiles. https://t.co/w2DipvNg19 pic.twitter.com/EVQ0nIRkGY

The Left has dedicated itself to the use of the Supreme Court as a tool for its social justice agenda for decades, so this is unacceptable stupidity https://t.co/1OokyELSwy