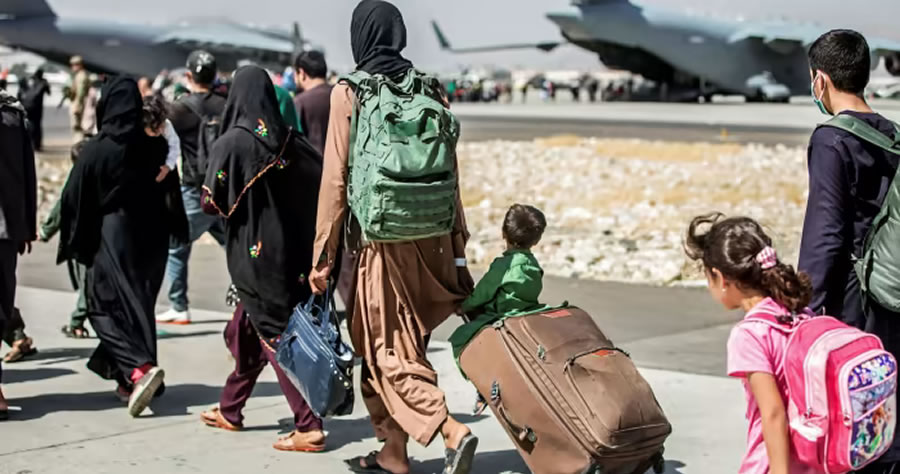 Three senior U.S. senators are demanding a briefing from the FBI on dozens of Afghan refugees that were mistakenly let into the United States by the Biden administration despite serious security red flags in their background.
The lawmakers are seeking to learn how many of the refugees have been expelled and whether the vetting blunders have been fixed.

Sens. Charles Grassley (R-Iowa), Rob Portman (R-Ohio), and James Inhofe (R-Okla.) wrote in a letter released Friday that they are concerned the background check process has not been fixed by the Homeland Security Department and that Americans remain vulnerable.

Just the News reported earlier this year that the Pentagon inspector general concluded that at least 50 Afghan refugees brought to the United States in the aftermath of the bungled U.S. troop withdrawal last August had “significant security” risks in their backgrounds that weren’t detected because DOD officials did not check all required intelligence databases.

The watchdog said “significant security concerns” included individuals whose latent fingerprints have been found on improvised explosive devices and known or suspected terrorists. Among the databases that weren’t checked was the Defense Department’s tactical terrorism data.

More than half of the flagged evacuees could not be immediately located inside the United States, further exacerbating fears.

“DHS’ failure to use every database to screen for derogatory information has caused a serious breach of homeland security,” Grassley, Portman and Inhofe wrote. “Accordingly, we request that you provide us with information about those evacuees flagged by DOD and steps the FBI has taken to adjudicate their derogatory information, including locating individuals currently within the United States.

“In addition, we would like to know how the FBI is addressing the counterterrorism threat posed by Afghan parolees that have not been screened by DHS against the tactical database.”

The Pentagon report directly contradicted President Joe Biden’s promise last summer that no Afghans fleeing their country during the bungled U.S. exit would be allowed into the United States until they had been aggressively vetted.

“We are conducting thorough … security screening for everyone who is not a U.S. citizen or a lawful permanent resident,” the president said at the time. “Anyone arriving in the United States will have undergone a background check.”

But the inspector general cited a series of bureaucratic blunders that kept the Pentagon from fully vetting Afghan refugees who made their way into the continental United States (CONUS).