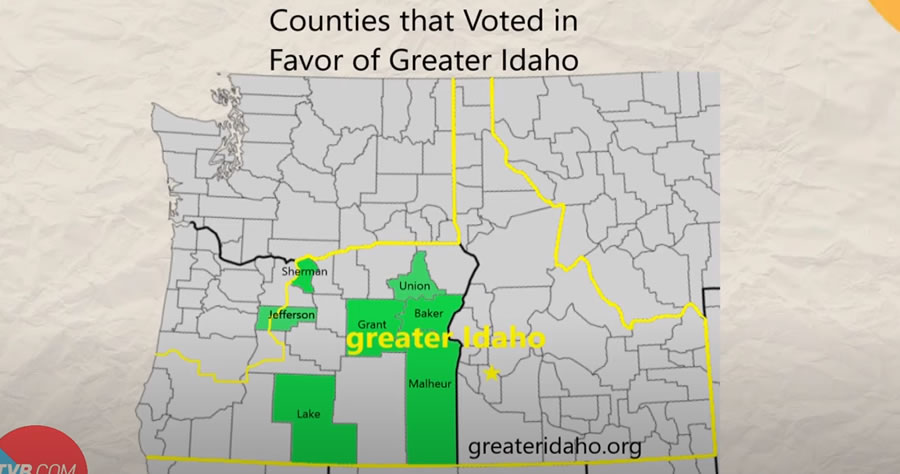 Several counties in Oregon on May 18 voted to consider joining the state of Idaho, which is part of a long-shot movement to break away from the state that has long been dominated by politicians in Portland.

The grassroots group Move Oregon’s Border for a Greater Idaho is aiming to have the eastern counties—which are mostly rural—join Idaho because they believe they would be better off with Idaho’s more conservative political leadership.

“This election proves that rural Oregon wants out of Oregon,” lead petitioner Mike McCarter said in a statement to local media outlets on May 18. “If Oregon really believes in liberal values such as self-determination, the Legislature won’t hold our counties captive against our will. If we’re allowed to vote for which government officials we want, we should be allowed to vote for which government we want as well.”

McCarter told the Oregonian last year that the bid to join Idaho is more of a “lifestyle/values judgment” that separates rural and urban residents.