Shohei Ohtani Makes Double Out of Routine Ground Ball To The Shortstop. 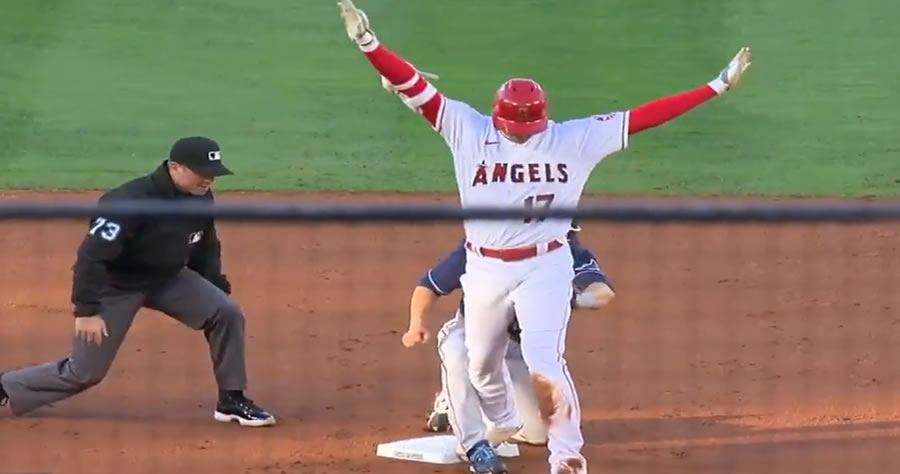 He’s the fastest person alive. No one faster than Shohei Ohtani. He’s up for his first at-bat of the night and he smokes this ball right at the shortstop (I know it’s the third baseman but because of the shift he was playing where short is. Carry on). It hits off the mound and then short hops him and ricochets into the outfield just a few feet away. Most players would settle for the single and get ready for the next batter, nope, not Ohtani. He was FLYING out of the box and never stopped running. He knew this ball was trouble and took off running. Head down and slides into second and beats the throw. This ball isn’t far from the bag at all, yet Ohtani is on second with a double on a ball that easily could have been an out.

When I talked last week about him being the most talented player this is what I’m talking about. The speed is on a different level. And that swing, are you kidding me? He’s like Ichiro falling away and still squares it up with power behind it. I don’t know how he didn’t top that ball, or just flat out miss. Not many other guys in baseball who could have turned a grounder to short into a double. A lot of guys would assume that ball gets fielded and just jog to first, not Ohtani, guy is built different. He’s E1EC7RIC.

Shohei Ohtani defines electricity on the base paths pic.twitter.com/gGHFblUETY

And later he did this: