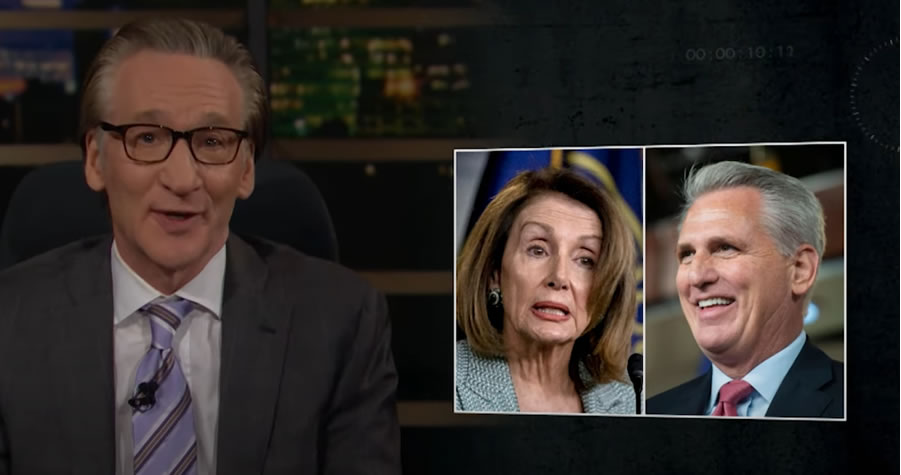 Maher’s comments came after a lengthy monologue lambasting the woke backlash against actor Matt Damon, who admitted last month he recently stopped using an anti-gay slur, only to say later that he has never said the word.

After condemning the “woke police” from “wokeville” for sentencing Damon to “wokecatraz,” Maher said he is “so tired of bad faith arguments.”

The “Real Time” host then pointed to Democratic outrage over something McCarthy said two weeks ago. As TheBlaze reported, McCarthy joked at a Republican fundraising dinner that, while referring to the House speaker’s gavel, “it will be hard not to hit her with it but I will bang it down” if Republicans regain the House majority after the 2022 midterm elections.

“But a few days later, McCarthy was speaking to a group of Republicans and said jokingly — but he is Kevin McCarthy — he said that if Republicans took the House in 2022, ‘I want you to watch Nancy Pelosi hand me that gavel, it will be hard not to hit her with it.’ Pelosi’s office called it a threat of violence. Hakeem Jeffries said violence against women is no laughing matter. And [Rep.] Eric Swalwell said McCarthy was a would be assailant who must resign,” Maher continued.

“This is what bad faith is,” Maher added. “You don’t really think it was a threat of violence or that anyone thinks such violence would be a laughing matter, or that Kevin McCarthy is a would be assailant any more than anyone thinks Matt Damon’s a homophobe.”