‘Sit this out’: MSNBC host says white people ‘do not understand’ Will Smith slap [VIDEO] 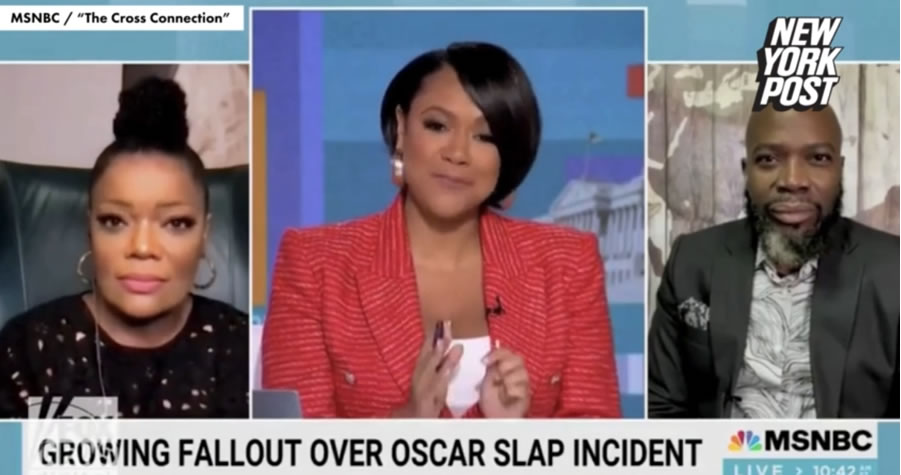 An MSNBC host over the weekend said white Americans should “sit this out” as controversy persists around Will Smith slapping stand-up comic Chris Rock during the Academy Awards last week.

Harriot claimed the Smith-Rock incident was an example of “how black people relate to each other” in a way that white people do not understand, “even though it happened to everybody [watching the ceremony].”

Brown chimed in, saying: “On Twitter, a lot of us were like, ‘Y’all sit this out for your protection,’ because when we need to have a conversation, we’re gonna have it.”

Brown later added that “violence is [not] the answer” and all three condemned Smith.