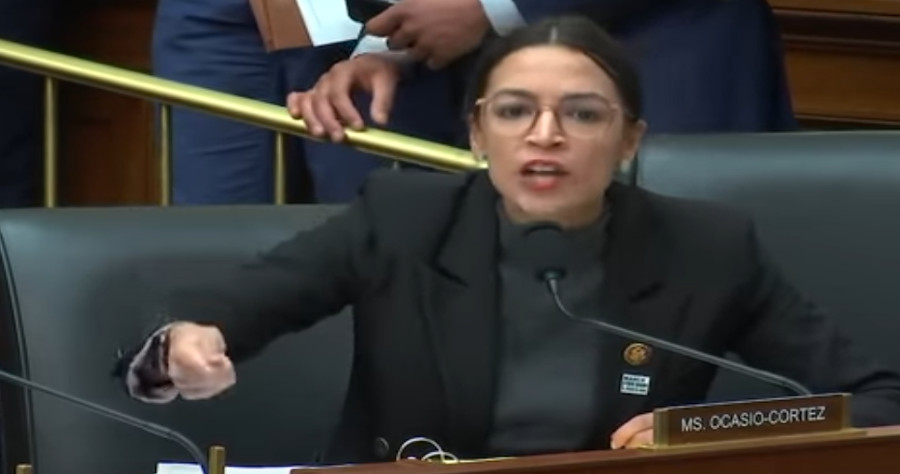 In this installment of their weekly Sunday Six conversation, PF Whalen and Parker Beauregard of The Blue State Conservative discuss six prominent leftist activists that they find extremely stupid and annoying.

Parker: LeBron James has certainly earned a spot on this list. James, who unquestionably belongs in the conversation as one of the best NBAers in history, stupidly waded into the political fray some time ago and never looked back. His activism will be a blemish on his otherwise stellar athletic legacy. Michael Jordan once said “Republicans buy shoes too” – or something to that effect – when asked about his apolitical stance. That was a smart move.

Among the most stupid things he has said, which admittedly is even hard to rank because it’s so habitual, are reactions to the killings of black men and criticisms of the genocial Chinese communsit regime. Let’s start with the latter.

In 2019, after an NBA general manager tweeted the simple message of “Free Hong Kong” in response to a Chinese crackdown on the port city-state, James went full leftist idiot with his own commentary:

“[Morey was] either misinformed or not really educated on the situation…So many people could have been harmed not only financially, physically, emotionally, spiritually. So just be careful what we tweet and say and we do, even though, yes, we do have freedom of speech, but there can be a lot of negative that comes with that, too.”

You support communist totalitarianism and not freedom. Got it. He also supports Black Lives Matter lies. After the tragic situation in Georgia that resulted in the life sentence of three white men in the arguably self-defense killing of the criminal “jogger” Ahmaud Arbury, James tweeted this nonsense:

“We’re literally hunted EVERYDAY/EVERYTIME we step foot outside the comfort of our homes! Can’t even go for a damn jog man! Like WTF man are you kidding me?!?!?!?!?!? No man fr ARE YOU KIDDING ME!!!!! I’m sorry Ahmaud(Rest In Paradise) and my prayers and blessings sent to the…..”

Yes, James, black men are being hunted down in America. But not by whites or the police. FBI stats indicate that 90% of black homicides occur at the hands of other black men. If there is any hunting going on, which actually seems like an accurate description of inner-city gang killings, it is not because of white folk.

PF: First, I must admit, I almost never watch late-night talk shows anymore. I know I’m showing my age, but it’s true: The entire genre has gone downhill since Johnny Carson retired. Jay Leno was pretty good, and so was David Letterman before he went totally leftist, and I also enjoyed Arsenio Hall. But today’s offerings are awful. Of the lot, if I had to pick one to watch on a regular basis, it would probably be Jimmy Fallon. Otherwise, I have better things to do with my time.

Regarding the idea of how a late-night talk show host can be a political activist, the real question is this: How can a political activist be a late-night talk show host? To pretend that Stephen Colbert and the others are somehow entertainers is absurd. They’re not entertainers, they’re merely another extension of the Democratic Party’s communications department with messaging that is virtually identical to White House Press Secretary Jen Psaki.

Even though I don’t often watch these shows, I do catch a few minutes of them on occasion. When it comes to who is the most “annoying,” which is the criteria we’re considering, Colbert wins, with Jimmy Kimmel a close second. Colbert is condescending, even to his own audience. He tries to come across as bright, but it’s clear he’s not. Most importantly, he’s not even remotely funny. And I find it excessively irritating to watch someone trying to be humorous and fail miserably. Perhaps if Colbert occasionally poked fun at a Democrat he might provoke a chuckle, but I doubt it.

Parker: I feel like we need to spread the industries; I started with sports, you delved into late night, and now we need to hit on Hollywood. These mega-rich elites might be the most clueless of all, because they have the least amount of talent. LeBron is an airhead, but he can dribble. Colbert is a sellout, but humor is an intelligence. Hollywood actors? They offer nothing to humanity. The thing is, too, they know it. Therefore, when Leo goes on his climate hoax brigade, it’s because he’;s absolutely empty inside and his life is meaningless.

Let’s warm up with a quote from an Oscar-acceptance speech, just so you know where he stands:

“Climate change is real, it is happening right now, it is the most urgent threat facing our entire species, and we need to work collectively together and stop procrastinating.”

And this nonsense stretches way back. In 2014, the United Nations announced that DiCaprio had been designated “as a United Nations Messenger of Peace with a special focus on climate change.” What does that even mean?

The Guardian, a U.K. propaganda outlet, published this comment on DiCaprio’s ascendancy as the premiere Hollywood climate nut:

“One key moment in the evolution of DiCaprio as a climate champion was a meeting with then vice-president Al Gore at the White House in 1998. DiCaprio, who has cited that meeting as the beginning of his climate activism, set up his foundation that same year.”

PF: There’s plenty about Thunberg to be annoyed by. Her lecturing tone as epitomized in her “How dare you!” rant is certainly aggravating, and so is her hyperbolic rhetoric which is often blatantly false. But what’s truly bothersome about her is this: Who the hell is Greta Thunberg, and what qualifies her to be the Pope of Climate Change?

I’m not necessarily impressed by college degrees and other institutional credentials. I know plenty of college graduates who aren’t particularly bright. I also don’t have an issue with young folks speaking out on issues they’re passionate about, though my preference would be that they have some genuine expertise before they start their preaching. So, what does Ms. Thunberg have on her resume to give her opinions more weight than any other nineteen-year-old? Nothing.

At some point in her mid-teens, Greta Thunberg got spooked by climate change. She became vocal about her opinions on the matter, organized a “strike” at her high school to protest the phenomenon, and for some reason was invited to the United Nations Climate Change Summit in 2018. She’s not a planetary physicist. She has no scientific training or practical experience to justify her assertions.

Thunberg is just an angry young Swedish woman who left and their media decided to elevate to stardom for no reason, including awarding her “Time Person of the Year” and nominating her for the Nobel Peace Prize multiple times. Greta Thunberg has no more credibility to pontificate about climate change than your favorite bartender. She might even have less.

Parker: Of all the corrupt and power-globbing politicians, AOC stands head and shoulders above the rest. She is a climate activist nonpareil in a city full of climate activism.

I don’t think there is much to add for her, plus I really went over my word count with LeBron and Leo. I thought instead we could pull a few clips of her utter stupidity. This first one kicks off immediately and about sums her up.

PF: One of these Sundays we should examine the topic of: Six Most Annoying Things About Al Sharpton. We could probably even break it into multiple segments.

We have this insistence by Sharpton and his apologists in the media on referring to Sharpton as “reverend.” I hate to burst anyone’s bubble, but Al Sharpton is no more of a reverend than I am a pianist (and I’m not, by the way). He also has that uncanny knack for repeating what an adversary just said in the form of a question and doing so in the most arrogant way – watch this video for a funny example. And of course, Sharpton is a raging anti-Semite.

Additionally, it is truly mind-boggling to see anyone give the man any credibility. Sharpton should have been laughed out of public life after his role with the Tawana Brawley hoax in the 1980s, but he wasn’t. And he somehow stuck around long enough to promote the hoax known as the Duke Lacrosse case. But what truly makes Al Sharpton the most annoying leftwing activist for me is his constant race-baiting.

It’s probably easier to list things that Al Sharpton has not pointed to as racist. The Senate filibuster is racist, according to Sharpton. For Sharpton, voter ID laws are racist, so is COVID, and so is our military. With Al Sharpton, for anything and anyone he doesn’t like, Sharpton plays his race card faster than anyone we’ve ever seen. What’s particularly annoying is the fact that Sharpton, and others like him, are actively seeking to undermine that which they purport to promote: racial harmony. It truly is sad.