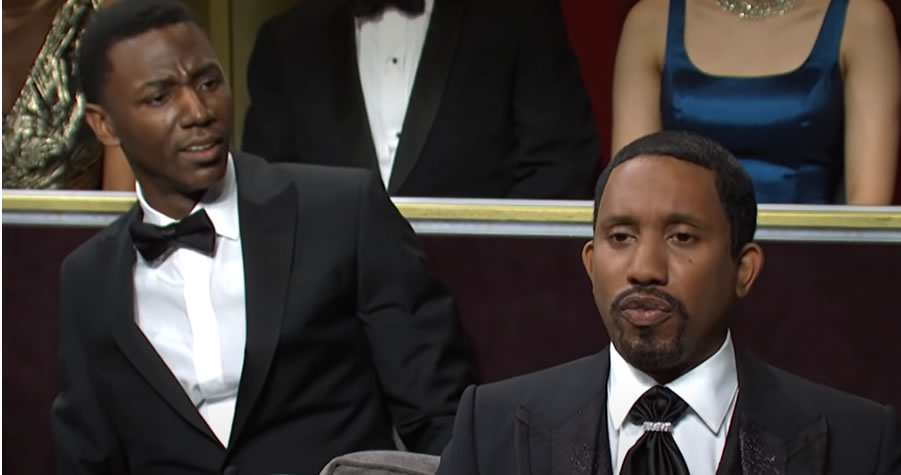 “Saturday Night Live” dove headfirst into the week-long controversy around Will Smith, mocking how the “Fresh Prince” seemed to turn into a different person Sunday night when he suddenly got up on stage and slapped comedian Chris Rock in face at the Oscars over a joke about his wife.

In a sketch taking place at the Oscars, host Jerrod Carmichael plays a seat filler who gets opportunity to meet one of his heroes, Will Smith, played by Chris Redd. The two strike up an innocuous, friendly conversation and the filler asks Smith for a selfie when suddenly the audio of Chris Rock’s “G.I. Jane 2” joke about Smith’s bald wife plays.

“Hey, I’ll be right back man,” Smith says, panning out of frame before a loud “slap” sound is heard, shocking Carmichael before he returns to his seat and continues the conversation as if nothing happened.

Smith stops the conversation to yell the now-infamous “Keep my wife’s name out your f—cking mouth!” He smiles and says “Man, I love the Oscars, man,” to the filler, before again shouting the phrase.