So “Everyone except straight white men”? Kamala Harris’s List Of ‘Most Vulnerable,’ [VIDEO] 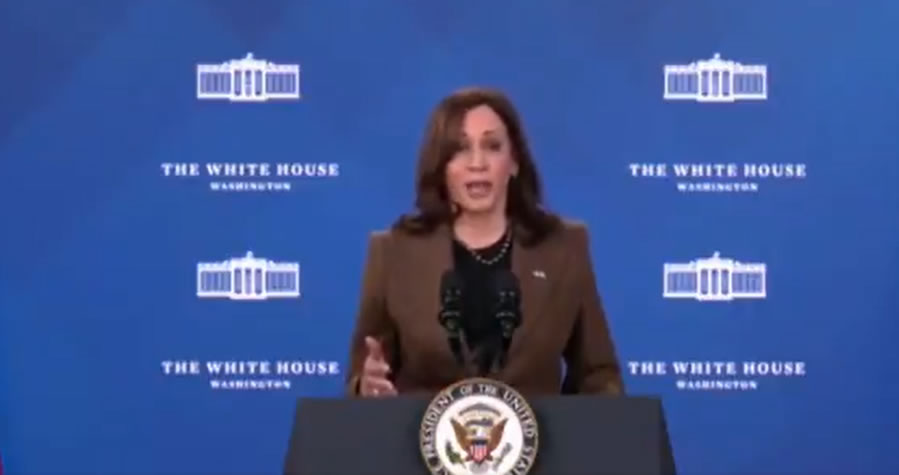 We’re not sure where this was or who decided it was a good idea to put Vice President Kamala Harris behind a podium. She really could have saved a lot of time by just saying the administration was focused on everyone except cisgender white men — that would have covered it. We also noticed that LGBTQ+ has become LGBTQI+ (intersex?). We’re not sure if that’s Harris’ thing or if that’s the administration’s official term now.

This is apparently from a joint address with Secretary of State Anthony Blinken on human trafficking — which, if the administration really cared, would lead them to close the border. Wouldn’t illegal immigrants make the cut?

This is where those anti-racist “identify your privilege” worksheets could really come in handy. Imagine the intersectionality — what if you’re a disabled indigenous lesbian in the foster care system? Harris has got your back.

.@VP Harris: “We are focused on the most vulnerable, and based on my experience, the most vulnerable are women and girls; racial and ethnic minorities; LGBTQI-plus people; indigenous people; people with disabilities, migrants, and children in the foster-care system." pic.twitter.com/P29ipVILAj

Isn’t this just another way of saying “everyone except straight white men”?

Not to be that guy but was pretty much everyone other than healthy white males on that list?

What about white men in poverty?

That’s a lot of different people to be considered “the most” vulnerable.