Somebody In The White House Just Hit The Panic Button 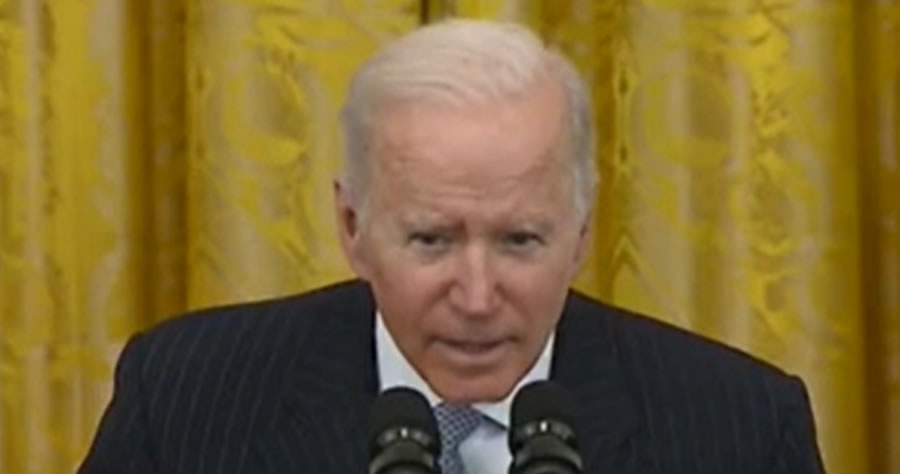 I think we just saw the first sign of actual, “Oh my god this is bad” cold-sweat panic from the White House. The guy that declared war on domestic energy, on his first day in office, announced that he’s opening federal lands to drilling again – yippee. The White House has apparently decided that maybe it should do something to win some votes in the election that’s just over six months away. But is there enough time to turn things around? I always tell my grandkids that there are no dumb questions, but that might be one.

So, how bad is it for the Dems. Bill Freaking Maher has been screaming for weeks that the Dems have gone totally insane with their radical agenda. When a committed radical, tells the Dems that they’re too radical, they have achieved the level of nuts that can’t be hidden anymore.

The polls are showing that everything is moving in the direction of the Republicans. Slow Joe Biden and Cackles Harris are both underwater in their approval ratings. Seventy percent of Americans think the country is on the wrong track, and Republicans have an unprecedented advantage in the generic congressional poll.

And it’s not just us old privileged white guys that are ticked off. Glenn Youngkin won 50 percent of the Hispanic vote in last year’s Virginia gubernatorial race, and polling indicates that it wasn’t a fluke. It turns out that immigrants, who came here for the American dream, would like the American dream rather than the Venezuelan nightmare. Who Knew?

Even Al Sharpton was on CNN last week railing against the Democrats (yes, you read that right). He’s screaming that the Dems have lost touch with the issues of the inner city. That’s code for: It’s time to teach the Dems a lesson. It’s okay to wander off of the liberal plantation this year.

So, is Biden starting to panic yet? I’m not sure he has the cognitive ability to, but somebody in the White House is hitting that big red panic button. Their 180 reversal on domestic drilling is a sign that the administration has reached the “We’re going down with two engines on fire and an unconscious pilot” level of panic.

But here’s the thing:

Americans are pissed (sorry, there’s no other word that’s adequate). It’s going to take more than slogans and hollow gestures to get their vote.

Unfortunately, opening drilling now is about as hollow as hollow gestures get. It takes long-term commitment to change the course of energy production in America. Anybody that thinks this administration is committed to long-term production simply hasn’t been paying attention.

Prices at the pump are driven by a couple of factors. The quantity of gasoline available affects the price. If there’s a surplus, prices come down.

Oil prices are also driven by public perception of the industry. If commodity traders expect the price of oil to go up, they will trade accordingly and drive the price up. That’s why prices went up so quickly when President Cockwomble publicly declared war on the industry. Did I mention he did that on his first day in office?

Long-term prices are also affected by what producers perceive of the industry. They will not invest the millions of dollars needed for exploration and production unless they perceive that they’ll be able to profit from that investment.

But Joe has already shown his true position. He canceled contracts and leases. And again, it was a priority action, he did it on his first day in office. Nobody believes that he is now more committed to domestic energy production than the leftist wackos who control him. It’s all an election stunt, and he is far more likely to change course again after the election, than deliver on his promise. His support for domestic drilling is simply a hollow gesture – and everybody knows it.

Investors will continue to buy oil futures – driving up the price of oil. Producers will walk away from this roulette table rather than make a long-term bet that Joe Biden has become a friend of the oil industry.

The Dems are starting to realize that they’re in for a “Texas Chainsaw Massacre” level bloodbath in November. So again, is Joey from Scranton going to be able to turn things around in time? The short answer is: nope. The long answer is that Biden has created a disaster of epic proportions across all areas of concern for Americans, and come November, somebody will have to pay. The flea-infested bed is made, and this fall will be bedtime without supper for the Dems.