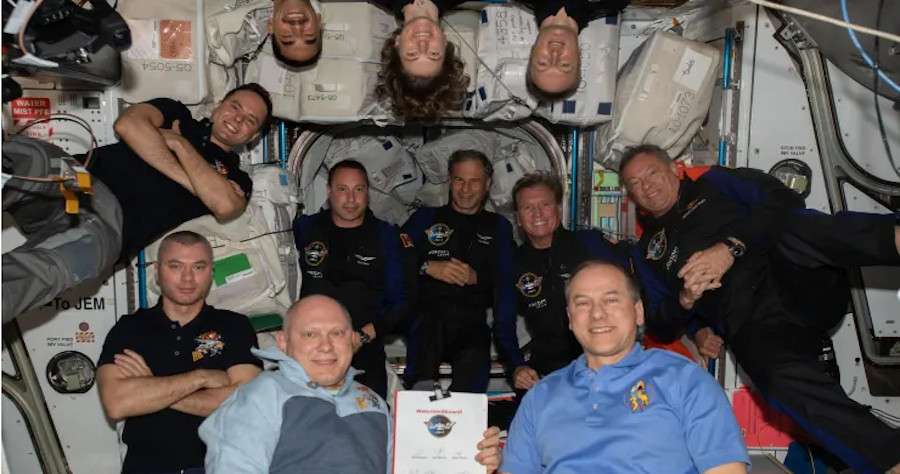 SpaceX safely returned its Crew Dragon spacecraft from orbit on Monday, carrying the private crew of Axiom Space’s Ax-1 mission back from the International Space Station.

Crew Dragon capsule Endeavour splashed down off the coast of Jacksonville, Florida in the Atlantic Ocean.

“Welcome back to planet Earth. The Axiom-1 mission marks the beginning of a new paradigm for human spaceflight. We hope you enjoyed the extra few days in space and thanks for choosing to fly SpaceX,” the company’s mission control said on a livestream of the splashdown.

The Ax-1 mission was commanded by retired NASA astronaut Michael Lopez-Alegria, with real estate investor Larry Connor as the pilot, and Canadian investor Mark Pathy and former Israeli fighter pilot Eytan Stibbe as mission specialists. Lopez-Alegria is Axiom’s vice president of business development, while the other three are passengers whose trips were paid for by other organizations.

Ax-1 launched on April 8, with the crew originally scheduled to spend eight days aboard the ISS before returning. However, due to unfavorable weather conditions for splashdown in either the Atlantic or the Gulf of Mexico, the mission’s return was postponed multiple times. SpaceX, coordinating with NASA and Axiom, delayed the undocking from its original schedule to April 24, with the Crew Dragon capsule departing the ISS on Sunday evening. The delays meant the Ax-1 crew ended up spending 15½ days on the orbiting research laboratory.

While space tourism is an emerging sub-sector of the space industry, Axiom’s private passengers do not put themselves in that category. Each of three passengers had research missions they conducted on behalf of other organizations, including work with the Canadian and Israeli space agencies and health studies for Mayo Clinic, Cleveland Clinic, and the Montreal Children’s Hospital.

After Ax-1, Axiom plans to continue flying passengers to the ISS, with the company last year expanding its deal with SpaceX to cover three more missions. Axiom has declined to specify how much the private astronauts pay for a trip, as well as financial details of its deal with SpaceX. NASA is paying Elon Musk’s company about $55 million per astronaut to fly to the space station – giving an idea of the steep cost of a private flight to orbit.

Axiom calls these private flights “precursor missions,” as the unicorn space company is building habitable modules that will connect to the ISS, as well as operate independently in orbit.