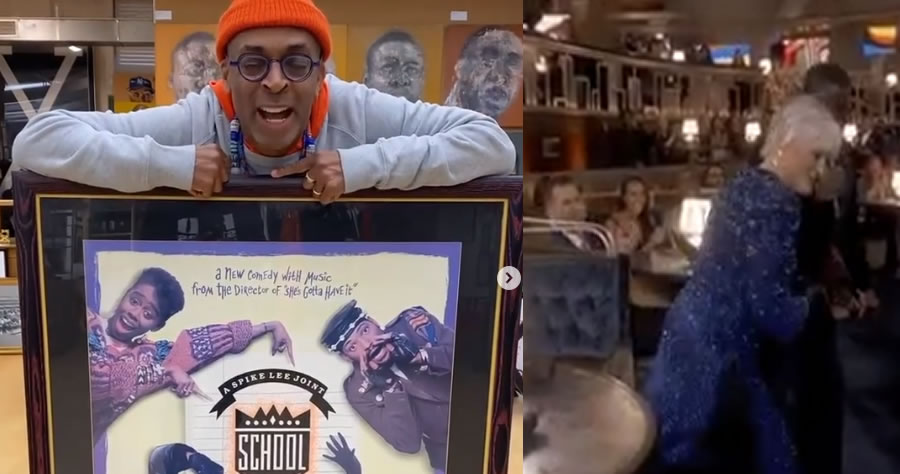 Glenn Close has a fan in Spike Lee! The legendary director gave a shout-out to the Oscar-nominated actress a day after she made headlines at Sunday’s Academy Awards for correctly identifying and dancing to the E.U.’s 1988 hit “Da Butt,” famously featured in Lee’s 1988 movie, School Daze. The moment came during a segment with DJ Questlove and comedian Lil Rel Howery, in which they tested celebrity attendees on their music trivia by asking if different songs had been nominated for an Oscar, won one or been snubbed.

When Questlove began playing “Da Butt” for The Wife actress, 74, Howery said, “Stop, stop. That’s not fair to Glenn Close,” before she responded, “Spike Lee had it written for his brilliant movie School Daze! My friends at the Oscars missed it and it wasn’t nominated, so it couldn’t have won, which I think it’s absolute bulls—.” Howery replied, “I wasn’t expecting that at all — that you knew ‘Da Butt.’ But do you know the dance though?” prompting Close to show off her moves on camera.