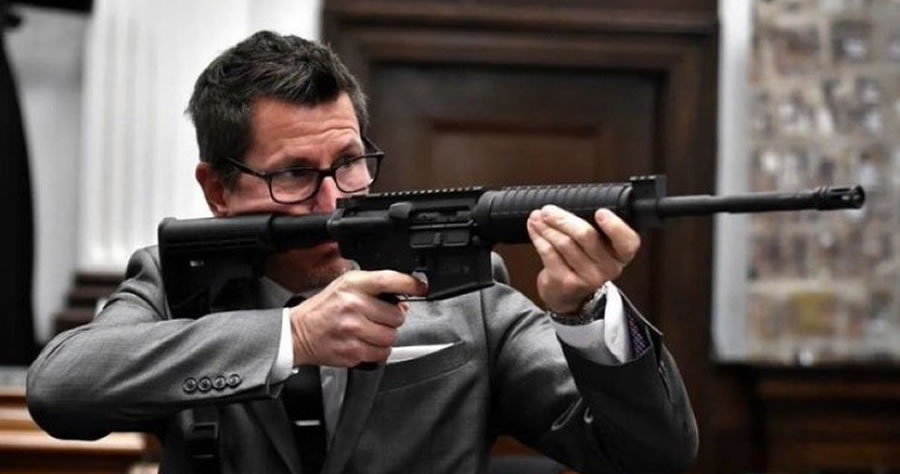 Kenosha County Assistant District Attorney Thomas Binger said Rittenhouse “provoked other people” simply because he was carrying a firearm in his closing argument to the court Monday.

After lecturing Rittenhouse on gun safety, Binger raised Rittenhouse’s firearm and pointed it at people in the courtroom with his finger on the trigger.

Here’s another angle of Binger pointing Rittenhouse’s firearm with his finger on the trigger:

The chief prosecutor in this case, Thomas Binger, an assistant district attorney in Kenosha, has begun his closing argument.

"You cannot claim self defense against a danger you create," he says.

At one point, he raised Kyle Rittenhouse's gun.