Squad member continues to use tax dollars to pay for armed security, all while fighting to defund the police 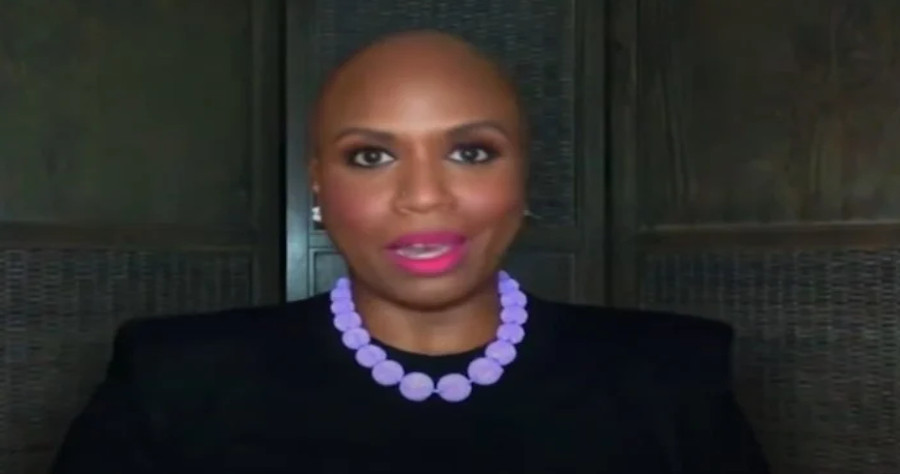 Ayanna Pressley, a Democrat Congresswoman from Massachusetts, has been at the front of the crowd seeking to defund police.

And just like Cori Bush in the past, another Marxist Congresswoman, she has been using tax dollars to provide private security for herself, all while attempting to bring police departments to their knees, forcing Americans to fend for themselves.

NEWS: Democrat Rep. Ayanna Pressley, who has repeatedly pushed to defund the police, has continued to spend thousands of taxpayers’ dollars on private security, according to House records reviewed by the @DailyCaller

Fortunately, we have the 2nd Amendment to assist us in that matter. And Pressley is ok with that.

She is in favor of major gun control legislation as well. She recently said:

“It’s time for my colleagues across the aisle to grow a spine, stand up to this gun lobby and join us in making these long overdue changes…The goal is not bipartisanship, the goal is justice.”

On guns, @RepPressley says “it’s time for my colleagues across the aisle to grow a spine, stand up to this gun lobby and join us in making these long overdue changes… The goal is not bipartisanship, the goal is justice.”@GBHNews @AyannaPressley https://t.co/97EedN4Fdj

The Daily Caller reviewed a recently released Statement of Disbursements of the House. That document shows that she spent $14,000 between January and March. Those expenditures came from her Member Representational Allowance.

“The Member’s Representational Allowance (MRA) is intended for individual member offices’ expenditures and receipts during a single legislative year. The MRA is funded through fiscal year appropriations and authorized annually by the Committee on House Administration (CHA). It is non-transferable between legislative years,” the House government website states.

Transversely, on the other side of the aisle, one of the people that the left love to hate, Congresswoman Lauren Boebert, spent exactly $0 on security during that same period. Boebert happens to be pro-police and pro-2nd Amendment.

Even Cori Bush spent nothing on private security.

This is not the first time that the Massachusetts congresswoman has spent money for “security services.”

In 2021 releases of the same Disbursement document, she spent nearly $65,000 on that particular service, though the report does not specify exactly what those services included.

The summer of 2020 saw Pressley give an interview to Time magazine regarding the Defund movement.

“This is simply about a refund. This is about true reparations. This is about investment in communities,” Pressley said. “There’s a reason why the Congressional Black Caucus submits an alternative budget every year. Because we know that our communities have been historically under resourced, underinvested in and divested.”

The Congresswoman didn’t stop there. She also touched on qualified immunity.

The Act she was referring to is a bill that has been introduced numerous times since the 2017 death of the man who it is named after, most recently by Pressley in May of 2021.

The bill would require federal law enforcement to render immediate medical assistance to anyone in custody that was in medical distress, according to a summary written by the Congressional Research Service, which is division of the Library of Congress.

“Specifically, the bill requires federal law enforcement officers and the Bureau of Prisons’ personnel to provide or obtain immediate medical attention for an individual in federal custody who displays medical distress. It criminalizes the negligent failure to obtain or provide such medical attention that results in unnecessary pain, injury, or death.

A violator is subject to criminal penalties—a fine, a prison term of up to one year, or both.”
So, for the average American, Pressley wants to reduce the ability of law enforcement to do their jobs and remove the rights of that same citizenry to protect themselves, all while using their money to ensure that she is protected by men with guns.
And politicians wonder why they are viewed as hypocrites.