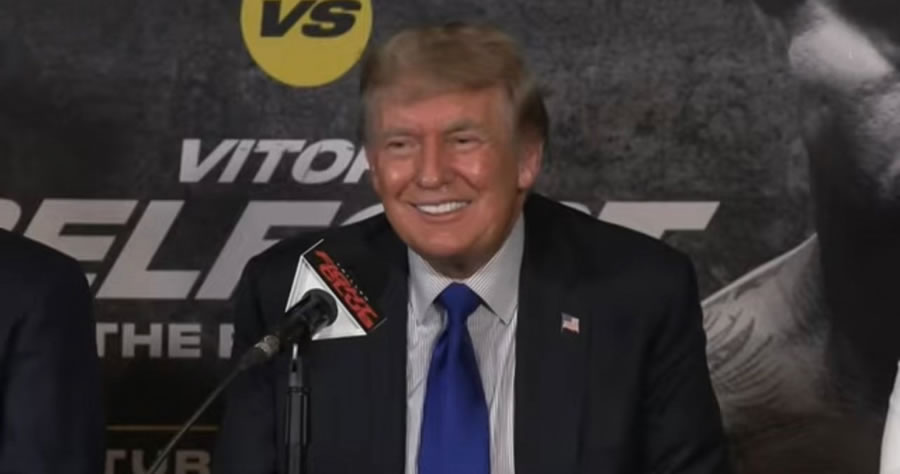 President Trump served as guest commentator at the Triller Fight Club event Saturday on September 11th. This was after he traveled to Ground Zero earlier in the day to commemorate the 20th Anniversary of 9-11.

The headliner on Saturday included Evander Holyfield versus Bitor Belforen. Holyfield is 58 and will fight for the first time in a decade.

Before the main event, the crowd at the stadium started chanting, “We Love Trump!… We Love Trump!…” President Trump stood up, waved, and thanked the audience from the commentator’s booth.