Staged ‘Justice for J6’ Rally: Feds Arrest One of Their Own [VIDEO] 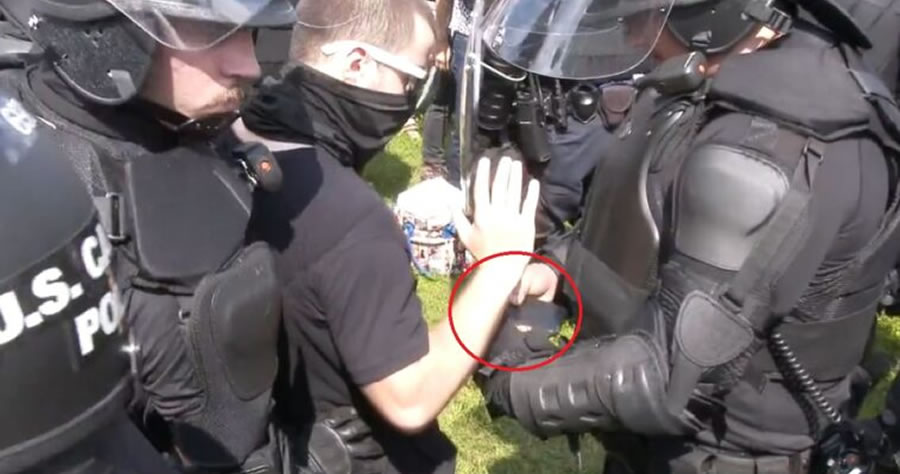 The Capitol Police thought they had ‘got one.” After the Feds detained a suspicious man at the “Justice for J6” rally at the nation’s capitol on Saturday, it turned out they had actually arrested one of their own. Watch:
The Capitol Police officers, who report directly to the Congress, detained the man, who was carrying a firearm. The incident was captured on video by documentarian Ford Fischer.
“Earlier at ‘Justice for J6’ defendants rally: Police surround masked man reportedly armed with a firearm,” Fischer writes. “He tells them where the gun is, and they pull out his badge. He’s undercover law enforcement. Without disarming or handcuffing him, police extract him from the event.”

Journalists kept asking for his name, but none was given. The Capitol Police officer get into formation and escort the undercover agent from the premises. It is unclear how many of the Justice for J6 rally were journalists or Feds, but rough estimate: A lot.