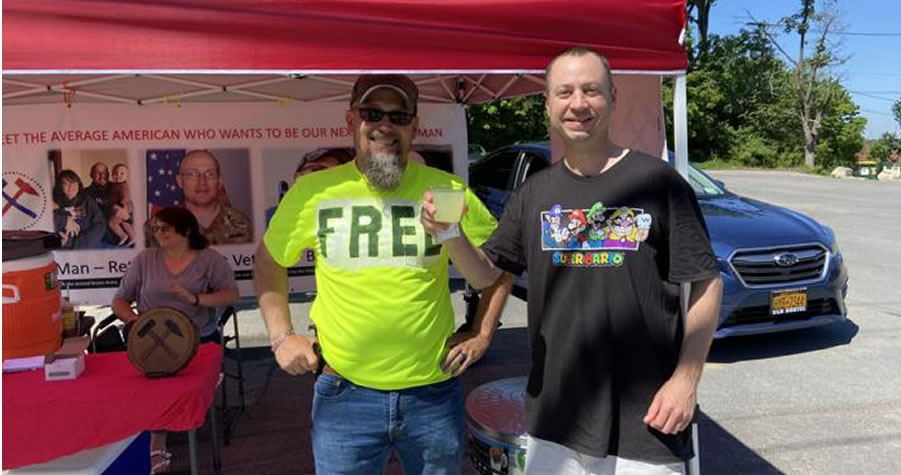 A GOP primary challenger to New York Rep. Elise Stefanik on Thursday dropped out of the race, saying his campaign was out of money and that he had been informed that he had been fraudulently filling in information on petition sheets.
The candidate, Lonny Koons, a truck driver and veteran, said he challenged Stefanik, chairwoman of the House Republican Conference, because he does not believe she is a true representation of the working-class voters of her district – not because he dislikes her or her politics.

“Ms. Stefanik as a Republican is a great Republican, but she doesn’t represent the middle of our district. We’re the ones scraping by and living paycheck to paycheck, and she wasn’t brought up that way,” he told the Times Union in November.

His bid was always a long shot. And in a Facebook post, Koons explained why he was ending his bid in New York’s 21st congressional district.

“It has come to my attention that I have been fraudulently filling in information on my petition sheets; I was unaware that by my filling in date and city cells as well as printing names of the signees after the fact that I was committing a fraudulent act,” he wrote.

In a statement, Congresswoman Stefanik’s campaign said Koons actions were an affront to election integrity and said Koons should be prosecuted as a criminal.

“This is a serious crime and should be prosecuted to the fullest extent of the law,” the campaign statement reads. 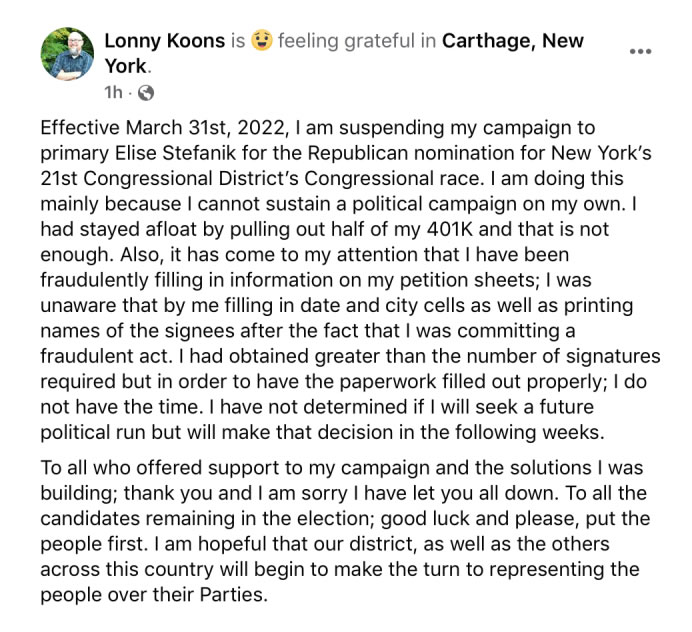