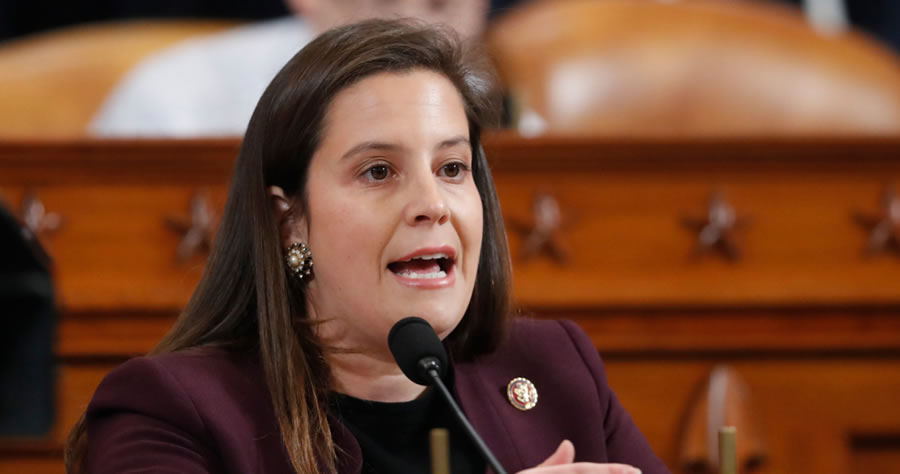 Rep. Elise Stefanik (R-NY) asserted on Wednesday that House Speaker Nancy Pelosi (D-CA) shared blame for the riot that occurred on January 6 at the U.S. Capitol.

Stefanik, who serves as House GOP Conference chair, released a statement on the eve of the Capitol breach’s anniversary, thanking law enforcement for their work to control the riotous behavior but condemning Pelosi for ultimately being the one “responsible” for leaving the Capitol prone to attack.

The New York Republican called it “unacceptable” that despite Pelosi’s nine-person investigatory committee — comprising seven Democrats and two of the most outspoken Never Trump Republicans in Congress, Reps. Liz Cheney (R-WY) and Adam Kinzinger (R-IL) — persisting with its probe into the riot, “one year later the American people still do not have answers as to why the Capitol was left so vulnerable.”

“Rather than focusing on improving the security of the Capitol and adopting all the recommendations from the U.S. Capitol Police, Nancy Pelosi and House Democrats are instead using their illegitimate partisan sham of a committee to shred Constitutional precedent and punish their political opponents,” Stefanik said in reference to the committee targeting former President Donald Trump and dozens of his closest allies with subpoenas.