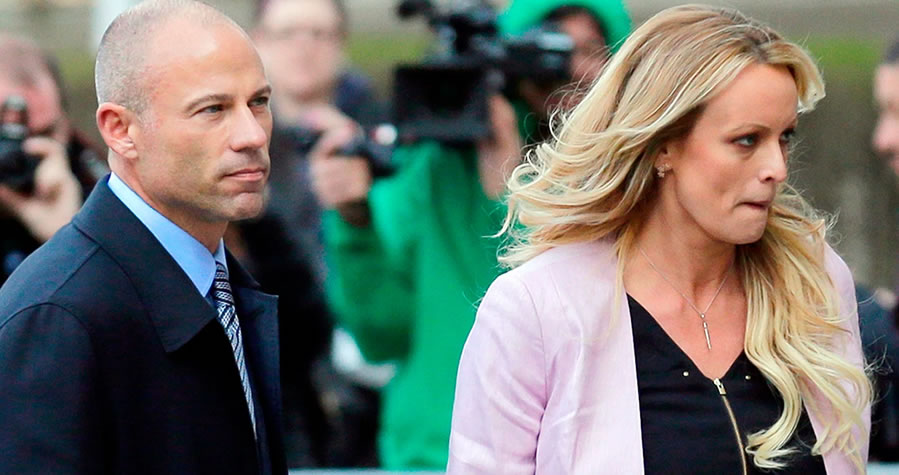 Disgraced attorney Michael Avenatti confronted former client Stormy Daniels on the stand Friday during his trial at a federal court in Manhattan.

Avenatti faces allegations that he swindled the adult film star out of almost $300,000 in revenue from book sales, the New York Post reported. Avenatti had represented Daniels starting in 2018. Daniels attempted to free herself from a nondisclosure agreement and go public on the details of an affair she allegedly had with former President Donald Trump in 2006.

“On Sept. 27, 2019 … You stated that I was ‘f—ing myself pretty nice and hard and that when I go to prison, there will be a long line of people to ass-rape me,” Avenatti asked Daniels, who neither denied making the statement nor recalled every saying it, during the trial Friday.

Avenatti also confronted Daniels about a social media statement she had made concerning a brand of sex lubricant he could use while in prison. “You suggested you could put Tabasco sauce in the lube and bring it to me in prison, so I could be anally raped,” Avenatti said, according to the New York Post.

Daniels did not deny making the statement, the outlet reported.