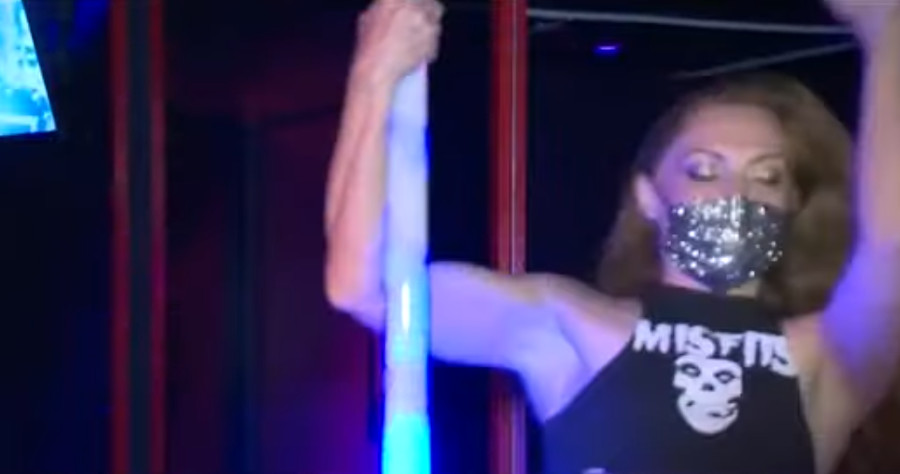 Michigan believes that strip clubs and bars are safer places than religious schools, at least when it comes to catching and spreading COVID-19.

But because the state ended mask mandates on all schools nine months ago, its lawyers may not have to convince the 6th U.S. Circuit Court of Appeals to adopt its view.

The full appeals court heard oral arguments Wednesday in a Catholic school’s religious freedom challenge to the rescinded mandates, which are similar to those recently challenged in Washington, D.C.

Lansing’s Resurrection School said the mask mandates could be reimposed and that Principal Jacob Allstott, who refused to enforce masks in classrooms, faces potential criminal prosecution under a six-year statute of limitations.

Last summer, a three-judge panel refused to moot the case, noting that Michigan had previously tightened mask requirements as COVID metrics worsened, but also that it justified ending the mandates on the assumption that vaccines would be authorized for children. Last month, the FDA abruptly put off plans to fast-track vaccines for children under 5.

The panel refused to impose a preliminary injunction, however, finding that the rescinded orders issued by the Michigan Department of Health and Human Services (MDHHS) “are not so riddled with secular exceptions as to fail to be neutral and generally applicable.”

Mootness is a frequent defense in First Amendment litigation, but it failed when the University of Michigan tried it. In a 2019 precedent discussed Wednesday, the 6th Circuit refused to moot a “chilling effects” lawsuit by students after the public university revised its speech-related policies while continuing to defend the constitutionality of the old policies.

Judges at Wednesday’s hearing questioned whether Michigan would reimpose the mandates but also suggested the rules had glaring loopholes for secular, adult-oriented activities with similarly high COVID risk as schools. (They didn’t identify themselves on the teleconference.)

The state decided to fight COVID from “within the walls of the fourth-grade classroom” but not “the frat house that has 19 college kids unrelated living together,” lawyer Erin Mersino argued for Resurrection School.

Even if Michigan has shown no “inclination” to reimpose mask mandates statewide, it’s manipulating county health departments to impose the same rules, she said, citing the “cat’s paw” legal liability theory. A judge countered that Mersino was conflating “recommendations” from the state, which counties voluntarily adopt, with mandates.

The Alliance Defending Freedom, a religious liberty law firm, argued in favor of Resurrection School as a third party.

Lawyer John Bursch pointed to the state’s recent petition to the Michigan Supreme Court to overturn a county judge’s invalidation of MDHHS’s pandemic authority and its $5,000 fine against the Iron Pig Smokehouse for ignoring shutdown orders.

That shows Michigan has every intention of punishing those who defied its unconstitutional orders, including Principal Allstott, keeping the lawsuit live, argued Bursch. “We’re still in the middle of an enforcement period,” he said. He noted that local authorities can prosecute Allstott if state authorities pass.

“I’m not sold by the argument” that the state will resurrect mask mandates just because it can, a judge responded: The mandates didn’t come back even through the “highly deadly Delta variant” wave and the highly transmissible Omicron wave.

Another judge said the state plausibly acted in response to “changing circumstances,” namely the authorization of COVID vaccines for ever-younger populations. But even fully vaccinated individuals can get breakthrough infections and spread COVID, Bursch said.

The lawyer argued with judges about the COVID risk similarity of mask-free secular activities with mask-required school attendance.

When a judge claimed people only eat at a restaurant for “one hour or so,” Bursch shot back that strip-club patrons can remain unmasked for an “undefined amount of time” as long as they have a drink at their table. Another claimed that “mostly adults” go to restaurants, to which Bursch answered: Chuck E. Cheese.

The Supreme Court has made clear during COVID that governments have the burden to demonstrate a compelling interest in religious restrictions and narrowly tailor them, Bursch said, citing a ruling that blocked California’s three-household limit on home gatherings including Bible studies.

“This case is moot, and it has been for a very long time,” Assistant Attorney General Daniel Ping said, adding the state is not required to “disprove [that] something unknowable in the future will never happen again.”

But Ping was frequently at a loss for words under grilling by the judges, who noted his reticence to make binding commitments on behalf of the state, including a non-prosecution agreement for Principal Allstott.

“How is it absolutely clear,” a judge asked, that Michigan won’t bring back mask mandates when MDHHS’s Feb. 16 press release says it might “adjust” rules in response to “a new variant” or “increased number of cases”?

That’s the wrong question, Ping said: No one has argued that MDHHS rescinded mandates “to gain some sort of advantage in this lawsuit,” unlike in the University of Michigan case. But the agency can resurrect the mandates “on a moment’s notice” without legislative approval, a judge retorted.

Another judge pointed to Michigan’s curious mask exemption for “religious worship” but not “religious instruction” as a possible problem for the state’s rescinded orders, suggesting it favors some religious activities over others.

Judges added casinos to Bursch’s strip clubs in seeking Ping’s explanation for risk differences with schools. Children are indoors at school all day every day, the assistant attorney general responded, and they remain “transmission vectors” despite their low risk for COVID complications.

The state’s failure to specify that customers must remain masked unless actively eating or drinking was a problem for some judges.

One asked Ping if a bar patron could remain unmasked as long as he had a beer in front of him, repurposing Bursch’s strip-club example: “Why isn’t the risk the same?” The COVID risk profile of schools is “orders of magnitudes greater” than in a bar, Ping responded: Children must attend school and they return to mixed-age homes every day.