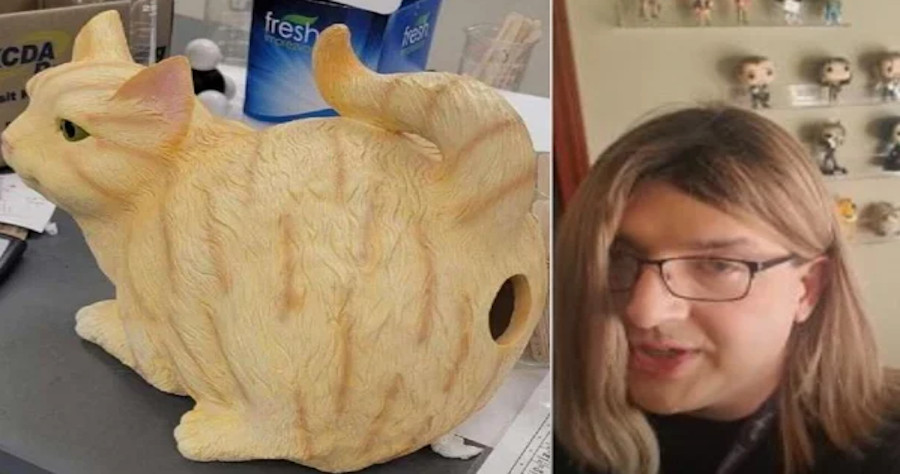 It was just about gay marriage, remember? Love is family, right? Most right-thinking people knew deep down in our souls that gay marriage was only the first step for the alphabet mafia. And that is exactly what has happened.

We have gone from two genders to what, over 50? We have a man who was just named as a finalist as “woman of the year.”

We have a man who is about ready to shatter all women’s swimming records because he identifies as a female. Our proud military has been turned into a woke experiment, where gender identity has replaced national defense as a goal. How far has it gone?

On her Facebook page, Anderson (who apparently feels such a display is “normal) wrote:

“The most recent entry into ‘Things Ms. Anderson Will Hear About From HR.’ So in my room (picture attached) I have a cat butt tissue dispenser. Currently, the dispenser is out of tissues. A student noticed this and asked, ‘how do you refill it?’

I pause for a moment, then tell my class ‘I turn down the lights, then put on soft music and use a LOT of vaseline. I may have retrieved a big container of petroleum jelly I had in my closet (for…reasons…) and placed it right by the cat. Class took a turn after that.”

It is unknown exactly what happened in Anderson’s classroom after that, other than her comment that “class took a turn after that.”

As PJ Media asks, “Who knows how many other sex toy show-and-tell items she has in her classroom?” According to Rantz, parents tell him that Anderson has done this type of thing before. 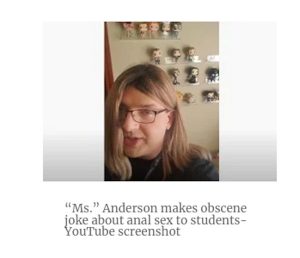 The school district issued a statement, noting that an investigation had been conducted and that Anderson had been “formally” reprimanded.

“This behavior is unacceptable and not tolerated by the district. We received several complaints from parents. The formal reprimand becomes part of an employee’s personnel file. We’re working with the employee to ensure that professional standards are met in the future.”

PJ Media reached out to the teacher for comment, but none was received.

All of this leads one to wonder what exactly it is Anderson tells the students who attend the Gender and Sexualities Alliance.” As PJ Media wonders, is the alliance “a place to go to fit in” or are students “given a how-to instead.”

Oh, in case you’re wondering as we were, what exactly would the equipment be that “Ms. Anderson” could use for the tissue dispenser? We’ll let you decide but here’s a screenshot. Appears “Ms. Anderson” may be a “T” in LGBTQ.