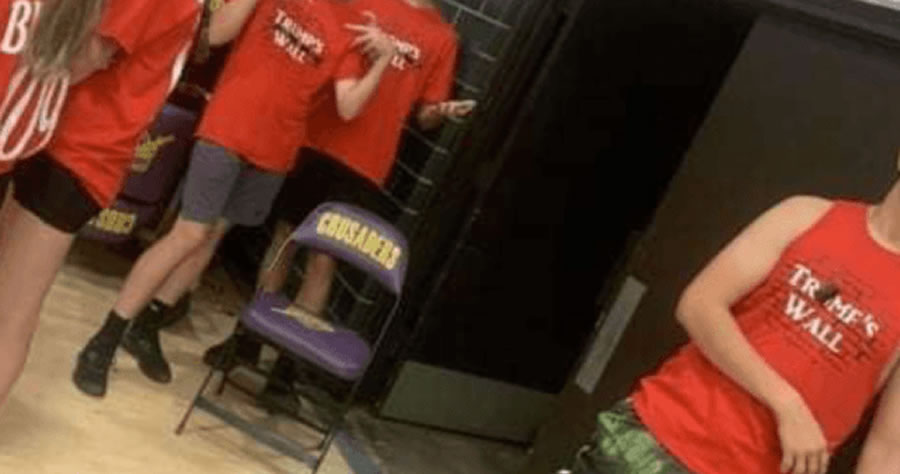 Students at Racine Lutheran High School in Racine, Wisconsin, are facing discipline after wearing red T-shirts with the slogan “Trump’s Wall” on them to a pep rally for homecoming last week, sparking protests among fellow students.

Just like most high schools, Racine Lutheran High School celebrated homecoming with spirit week, complete with a volleyball tournament and designed shirts. One team opted to wear shirts with a brick design and the phrase “Trump’s Wall.”

A group of minority students called attention to the incident and wore all black in protest. They also met with administration Friday and plan to do so again on Monday.

While the shirt designs did not receive the necessary approval to be worn at the game, the students wore them underneath other clothes and revealed them right as they went to enter the court. Racine Lutheran Executive Director-Principal David Burgess said the students were then given alternate shirts to wear and would face disciplinary action.