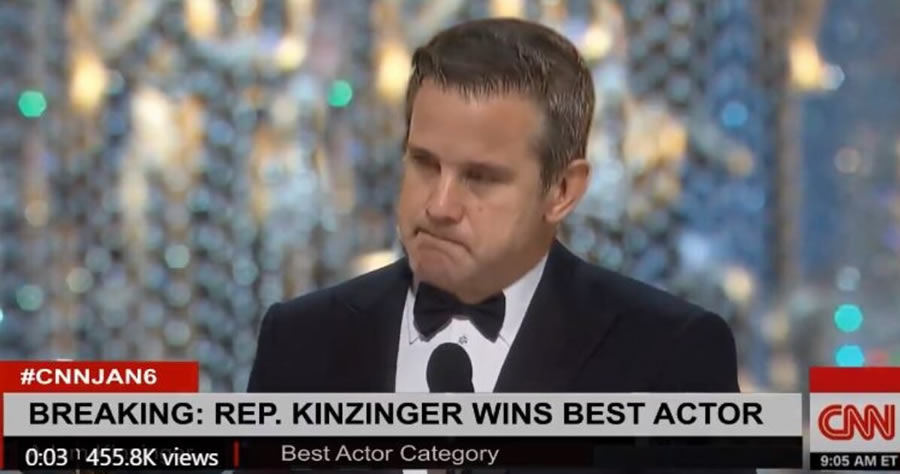 In an interview with CNN’s Wolf Blitzer, Kinzinger, an Illinois Republican who is a vocal opponent of former President Donald Trump, responded to Ingraham’s claim that he and Rep. Adam Schiff (D-Calif.) engaged in “theatrics” designed to stoke emotions while avoiding unpleasant facts surrounding the breach of the U.S. Capitol Building as lawmakers were meeting to officially certify the 2020 election for then-President-elect Joe Biden.

“It was really obnoxious and disgusting, one personality on Fox actually mocked you, calling those tears of yours a performance. How do you respond to that?” Blitzer asked in reference to Ingraham’s criticism after playing a clip of Kinzinger’s emotional moments.

“That personality on that television show I don’t think has ever served in uniform a day in his life,” Kinzinger responded, though later Blitzer would correct his vernacular (“her life”).