Supreme Court clerks may have to hand over phone records amid leak probe: report 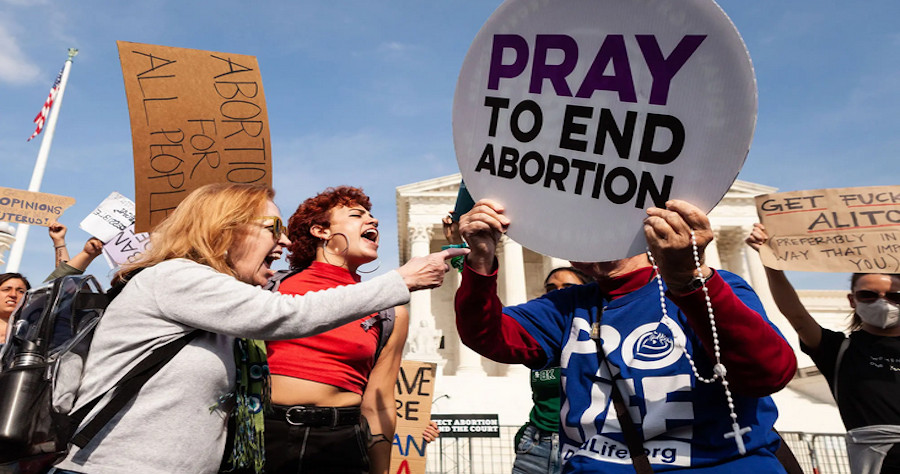 US Supreme Court law clerks could be asked to turn over their cellphone records as part of the escalating hunt for whoever leaked Justice Samuel Alito’s draft opinion that would overturn Roe v. Wade, a new report revealed Tuesday.

Officials tasked with unmasking the leaker have taken steps to require the clerks to hand over the records and sign affidavits, CNN claimed, citing three unnamed sources familiar with the probe.

These unprecedented developments have prompted some of the clerks to consider retaining their own lawyers.

The latest efforts to get to the bottom of the leak come less than a month after Politico published the draft opinion signaling the conservative-dominated court’s intent to roll back abortion rights recognized nearly 50 years ago.

The bombshell revelation sparked pro-choice protests around the country and triggered legislatures in many red states to pass stricter laws limiting a woman’s right to terminate a pregnancy.

People associated with the nation’s highest court have described the leak as an unprecedented breach of trust.

“When you lose that trust, especially in the institution that I’m in, it changes the institution fundamentally. You begin to look over your shoulder,” Justice Clarence Thomas, who has long called for Roe v. Wade to be overturned, said during an event earlier this month.

Chief Justice John Roberts has ordered Marshall of the Court Gail Curely to investigate the leak.

Each justice generally has four law clerks every year, and the current group of law clerks has been a focus of speculation as a possible source of the draft opinion’s leak.

Jim Ziglar, a former law clerk for Justice Harry Blackmun who worked on the jurist’s landmark majority opinion in Roe v. Wade, slammed the leak as a “travesty” and “disgrace,” and suggested it likely came from an activist clerk with access to Alito’s draft opinion.

“Whoever did this … I hope the son of a b—h gets disbarred for life and nobody will hire him,” Ziglar said.

But clerks are not the only ones with access to draft opinions: High-level staff members and administrative officers working with each justice would have received electronic and hard copies of the first draft, dated Feb. 10.

Former law clerks told CNN the documents could have been circulated to about 75 people.

It is unclear at this time whether other staffers at the Supreme Court, besides the law clerks, have been asked to turn over their phone records as part of the leak probe.

The Supreme Court has protocols in place for handling draft opinions, but it is possible for printed copies to leave the building by authorized staff.

Supreme Court decisions are not final until they are formally issued, and the outcomes in some cases changed between the justices’ initial votes shortly after arguments and the official announcement of the decisions.

The justices typically issue all their decisions by early summer.