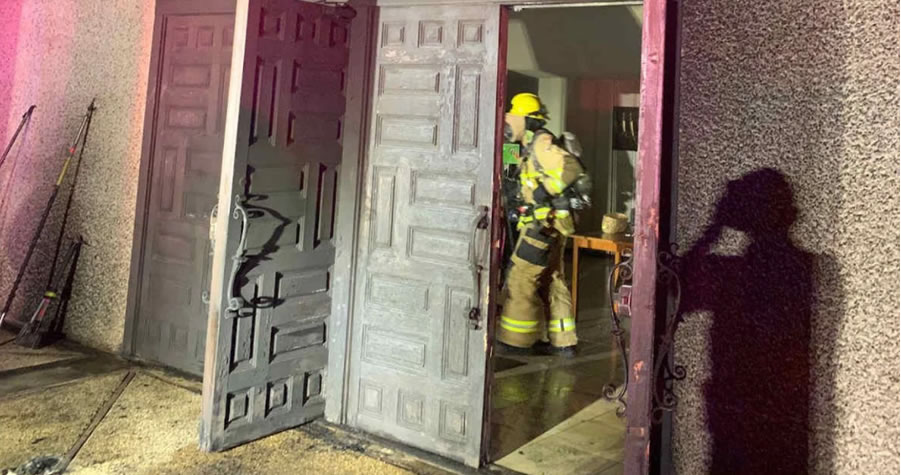 Authorities have arrested a man who is believed to have intentionally set fire to a synagogue in Austin, Texas, on Halloween night.

The suspect, Franklin Barrett Sechriest, 18, is accused of using an accelerant near the sanctuary doors of Congregation Beth Israel to set the building on fire, causing an estimated $25,000 in damage, arson investigators with the Austin Fire Department said.

Local news outlet KXAN-TV reported that an arrest affidavit for Sechriest said surveillance video showed a dark-colored Jeep enter the north parking lot of the synagogue around 9 p.m. on Oct. 31. The driver, described as a “tall thin white male with dark hair,” exited the vehicle carrying what appeared to be a heavy green jug.

The affidavit said the man walked out of view of the camera toward the place where the fire started. Minutes later, the video shows a fire being ignited from four different camera angles.

AFD on scene of a small exterior fire at Congregation Beth Israel 3901 Shoal Creek Blvd. fire is out. No injuries. Arson investigators responding to assist with cause determination. pic.twitter.com/hgMvJNAk5o