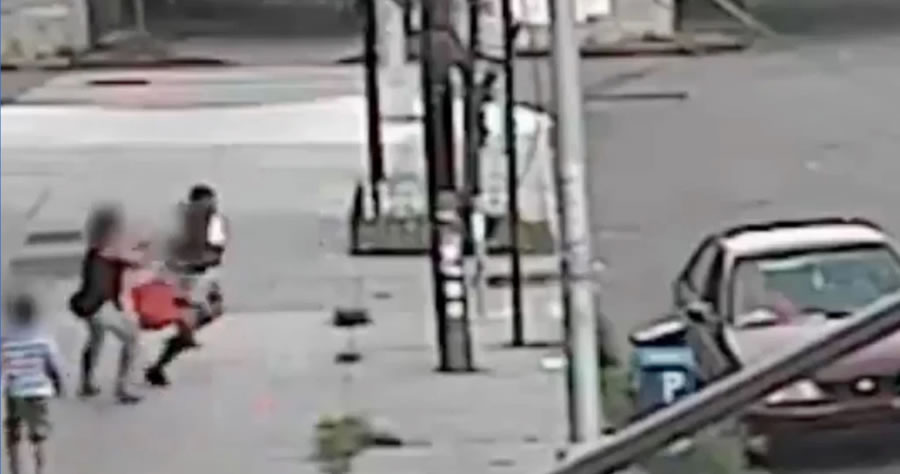 James McGonagle, 24, of Pomonok, was charged with attempted kidnapping, reckless endangerment and acting in a manner injurious to a child in connection with the horrifying incident in Richmond Hill on Thursday evening, the NYPD said.

The disturbing incident was captured by security cameras, showing a maroon sedan pulling up alongside a mother and her three kids strolling on a sidewalk.

A man police said was McGonagle then jumps out of the car, grabs the little boy and shoves him in the back seat of the car near Myrtle and Hillside avenues around 8:45 p.m., according to the footage.

UPDATE: A 24-year-old male has been arrested and charged with:

– Attempted Kidnapping
– Reckless Endangerment
– Acting in a Manner Injurious to a Child less than 17 https://t.co/WXxXyk5JEq