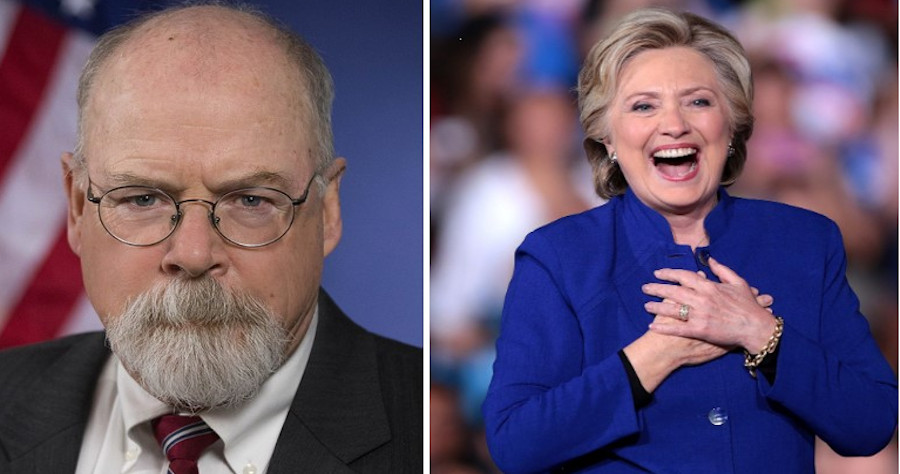 In an era where the hunt for disinformation has become a political obsession, Hillary Clinton has mostly escaped having to answer what role she played in spreading the false Russia collusion narrative that gripped America for nearly three years.

First, the Clinton campaign wasn’t “totally confident” about the accuracy of computer data suggesting Donald Trump had a secret communications channel to the Kremlin via Russia’s Alfa Bank.

And second, Hillary Clinton herself personally approved spreading the story to the news media, despite the concerns about its accuracy.

“I discussed it with Hillary as well,” Mook testified. “I don’t remember the substance of the conversation, but notionally, the discussion was, hey, we have this and we want to share it with a reporter,” Mook said.

Prosecutors asked Mook if Clinton approved leaking the story to the media.

The testimony confirms what CIA Director John Brennan told President Barack Obama secretly in July 2016 and what the CIA later told the FBI two months later: There was intelligence that Clinton had approved a plan to dirty up Trump with Russia allegations to distract from her own email server scandal.

Kevin Brock, the FBI’s former assistant director for intelligence, called Mook’s revelation a “startling piece of testimony, particularly since he was a defense witness.”

“On the surface it looks like a major victory for John Durham,” Brock said. “Don’t forget he’s trying to paint an overall picture here. Sussmann is just one pixel on that photo.

“The trial is the vehicle that Durham is using to help bring out the truth, to tell a story of a political campaign that in two instances pursued information that was totally fabricated or at least misinterpreted with the Alfa Bank connection to Trump and use that disinformation to mislead the American voter,” he added.

Slowly over six years, the Russia collusion story has been exposed for what it was: a three-legged political dirty trick in which highly credible figures with deep law enforcement, intelligence and news media ties were paid by the Clinton campaign to flood the FBI, the CIA and the public with unproven allegations that Trump was secretly colluding with Russia to steal the election from Clinton.

The first leg of the collusion narrative was run by the former British spy Christopher Steele, who used his MI6 credentials and his prior ties to the FBI and high-ranking DOJ official Bruce Ohr to walk in his infamous dossier to U.S. law enforcement and intelligence in the summer of 2016. The FBI ultimately concluded Steele’s dossier was riddled with Russian disinformation and disproved evidence.